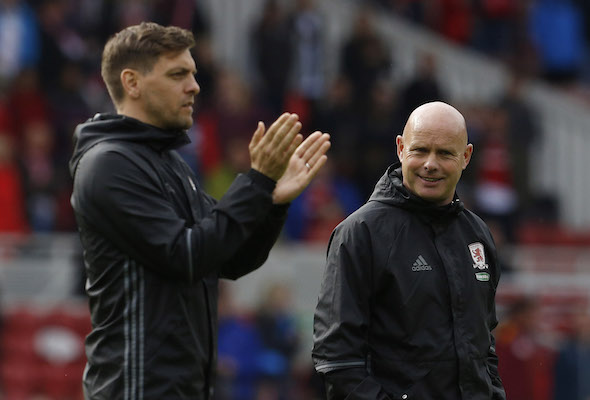 The Championship big hitters are one of a number of clubs keeping close tabs on the Senegal international, 29, as he weighs up his future this summer.

A Boro source has told Football Insider the club are hopeful they can persuade Souare to snub the Premier League club and drop down a division to play a key role in their promotion campaign.

New manager Jonathan Woodgate is convinced that Souare has the pedigree to be an influential figure in his side’s backline as he looks to strengthen ahead of the new season.

The left-back’s future at Palace is in doubt after he was a fringe player last season, making just one Premier League appearance among four in all competitions.

Souare was initially a key player when he signed for the Londoners in January 2015 but his career was badly hit by the car crash he suffered the following year.

He has subsequently been a bit-part player at Selhurst Park and is behind Patrick Aanholt in the left-back pecking order at the club.

The 26-times international has made 63 appearances for Palace after previously being a regular starter for Lille and Reims in the French top division.

In other Middlesbrough news, it can be revealed that one of the club’s forwards has agreed to join a new club.