Danny Mills has claimed Helder Costa may have played his last match for Leeds United.

Speaking exclusively to Football Insider, the ex-Whites and England defender delivered his verdict after the winger was ruled out for the rest of the season with a back injury.

Marcelo Bielsa revealed in his press conference ahead of his side’s game with Tottenham that Costa will not feature in Leeds’ final four games of the season.

Football Insider revealed in March the Yorkshire giants are willing to listen to offers for the 27-year-old in the upcoming summer transfer window.

“When you’re looking at the other players on the scene, the likes of Raphinha if he stays fit, he’s pretty much going to be one of the first names on the teamsheet,” Mills told Football Insider correspondent Connor Whitley.

“You’ve got Jack Harrison on the other side who’s been very, very consistent.

“You’ll be looking to add to the squad. Obviously, when Rodrigo comes back to full fitness, he’ll be there as well.

“My question would be, where does Helder Costa fit into that? And where does he play in the current system that Leeds have?

“I’m trying to work out who he is better than at the moment with a fully-fit squad. Off the back of that, if you bring in better players over the summer that pushes him further down the pecking order. He may not played again for Leeds.” 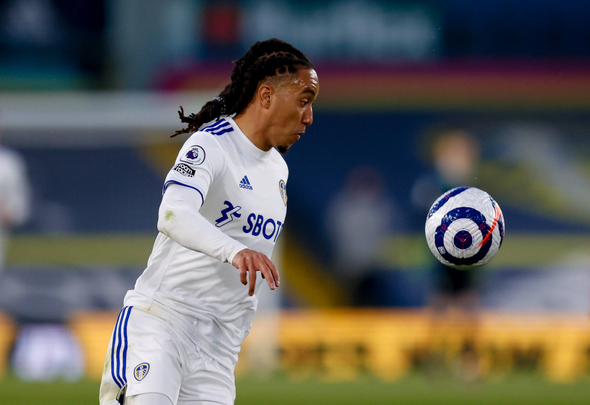 Costa has made 22 Premier League appearances this season, including 13 starts, that have yielded two goals and three assists.

He has 69 appearances for the Whites, who he joined initially on loan from Wolves in 2019 before completing a £16million permanent move last summer.

In other news, Kieran Maguire is “amazed” by Andrea Radrizzani’s mega-money Leeds United claim that should be “confidential”.