The former Leeds and Manchester City defender, speaking exclusively to Football Insider correspondent Dylan Childs, insists that while “everybody has a price” it is unlikely that a deal will be agreed in the January window.

The Athletic claim the Blues are set to reignite their interest in the England international having failed to raise the necessary funds to progress a deal in the summer.

Rice is under contract at the London Stadium until 2024 and Football Insider understands that it would cost potential suitors a fee in the region of £80million to secure his signature.

The centre-midfielder, who can also play at centre-half, has not missed a single minute of Premier League action for the Irons since 12 May 2019.

When asked by Football Insider if he expected Rice to leave the London club in 2021, Mills said: “Money talks and everybody has a price.

“It will down to David Moyes as to where that money goes and if he thinks he could sign an adequate replacement in January, presuming he would be allowed to use that money. 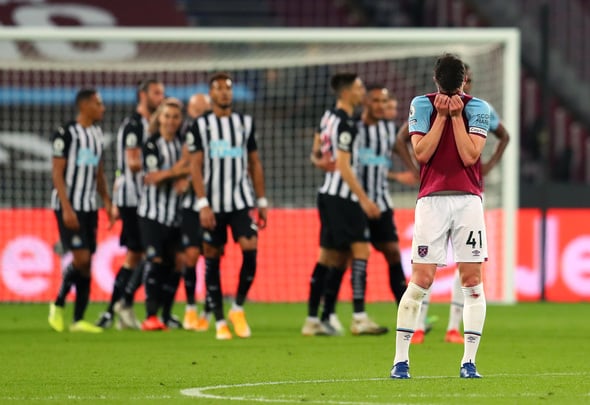 “There are not usually too many big signings made in the January window and Chelsea still have Jorginho and Kante who can play that role.

“I see that deal going through next season, next summer. I think it is more likely to happen after the Euros than immediately.”

In other West Ham news, it can be REVEALED that the door has opened for the Hammers to beat Leeds United to an £8million signing.