Michail Antonio has been hailed as the best West Ham player this season even though he missed three months due to injury.

Speaking exclusively to Football Insider, the former England defender Danny Mills claimed the 29-year-old’s lengthy absence demonstrated how integral he is to the side.

The versatile attacker played the full 90 minutes for West Ham last night but could not prevent them slipping to a 3-1 Premier League home defeat to Arsenal. 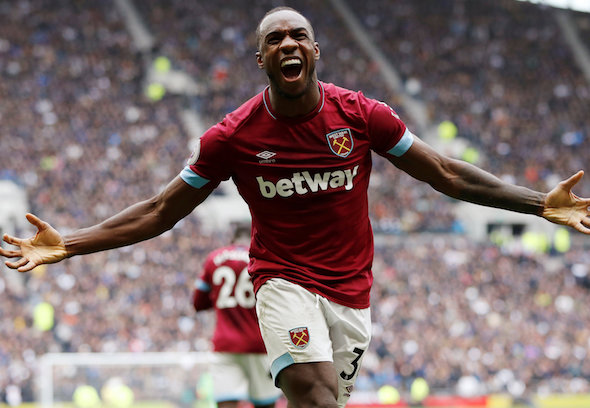 Antonio made just his third appearance since August as he spearheaded the attack in place of club-record signing Sebastien Haller, who dropped down to the bench for the second time in three games.

“It’s a difficult one, West Ham are up and down, more down as of late,” Mills told Football Insider. “I also think up front as well, Antonio coming back into the side has done brilliantly.

“Sometimes you don’t realise how good a player he is until he isn’t in the side.”

Antonio had been a shock choice to lead the front line against Chelsea 10 days ago and produced an impressive display in a 1-0 win.

Manuel Pellegrini opted to field the same side against Arsenal, but it did not work on this occasion as the visitors came from behind to cancel out Angelo Ogbonna’s goal and carve out a win.

The heat is on Pellegrini, whose side have taken just four points from their past nine league games and conceded three times in three successive matches at home.