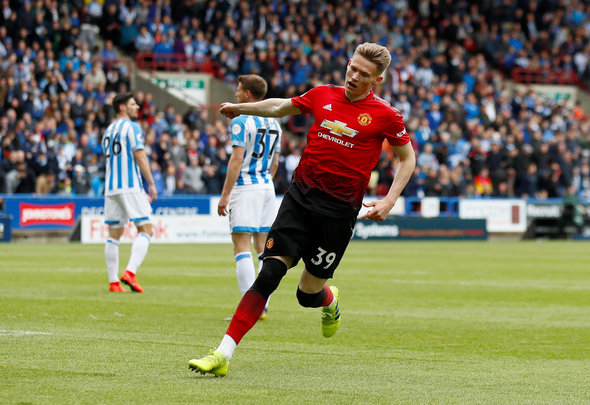 Manchester United would be making a mistake were they to let Scott McTominay depart for West Ham this summer, according to Danny Mills.

Speaking exclusively to Football Insider, the former England international was left drooling over the Scottish international’s attributes and talents, claiming that he could play a huge role in the future of the Old Trafford outfit.

The colossal midfielder, who stands at just under 6’4″ tall, was reported by Sky Sports to have been a player West Ham inquired about in negotiations over a swap deal for defender Issa Diop, with no indication of what Manchester United’s response was.

Mills insists that the Red Devils would be making a major blunder letting him leave, claiming there are a number of other players who should be facing the exit door before the 22-year-old.

“I don’t understand why you would let him go,” Mills exclusively told Football Insider when asked about West Ham’s hunt.

“He’s started to show he’s a very, very good player. He still has things to learn, of course he does, but Manchester United now look like they’re moving in the direction of bringing in and bringing through younger players again, as they have always done.

“McTominay could be integral to that. He’s a young player coming through, he’s had experience already – big, strong, could quite easily play that holding midfield role. I wouldn’t even be considering letting a player of his calibre go.

“If you need the money to bring players in, there are other players that they could sell before I’d even think about getting rid of the likes of McTominay.”

McTominay has 47 Manchester United appearances under his belt across all competitions, with 22 of those, as well as his first two goals for the English giants, coming during the 2018/19 campaign.

In other Manchester United news, it can be REVEALED that a medical has been pencilled in as the Red Devils close in on a big money signing.