Danny Mills has insisted Gareth Bale remains an “outstanding player” after he came off the bench to score the winner for Tottenham in their 2-1 win over Brighton.

Speaking exclusively to Football Insider, the former England defender claimed Bale is still some way short of full fitness and that is unsurprising after his lack of football over the last six months.

But Mills has seen enough from the Wales international’s second spell at Spurs to be satisfied that Spurs still have a stellar talent on their hands.

Bale started on the bench last night but made the match’s decisive contribution when he headed in a Sergio Reguilon cross three minutes after coming on to seal the three points for Jose Mourinho’s side.

“Bale has hardly played,” Mills told Football Insider. “There is only so much you can get through on adrenaline and then it is a case of match practice.

“That is probably why Mourinho has not played him as much as people thought up to now. He sees Bale in training every single day and he will know the levels and sharpness that he is at.

“Mourinho will nurse him into it to get him fit and back to his best. When they do really need him he showed last night that he is ready to go but it was always going to take time.

“He is still an outstanding player and he will be a superb signing for Tottenham but you do not just go from being frozen out with frequent injuries to suddenly being back to world class level, scoring hat-tricks and everything else.” 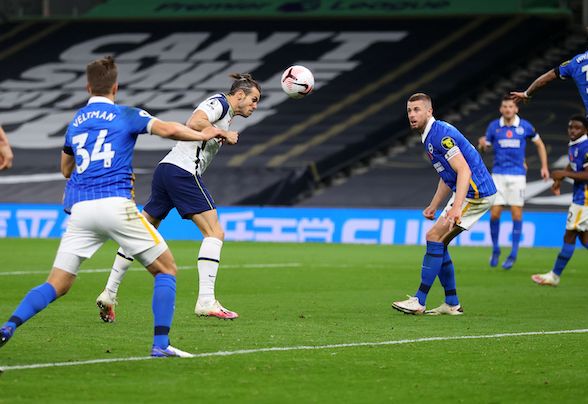 Bale’s first goal of his second spell at Tottenham came in his fourth appearance.

He has yet to start a Premier League match as Mourinho nurses him back to full fitness, with his two starts coming in the Europa League.

In other news, ‘Phenomenal’ Tottenham new boy has blown Mourinho and his coaches away behind the scenes.