Gareth Bale was the headline Tottenham summer signing as he made an emotional and attention-grabbing return to the club where he achieved superstardom.

But it is another Spurs new boy who has really stood out to Jose Mourinho and his coaches behind the scenes at their Hotspur Way headquarters.

A Tottenham source has told Football Insider that Sergio Reguilon has blown the staff and players away with his star quality and potential to be a bona fide Premier League star.

Words like “phenomenal” and “brilliant” are being regularly used to describe the Spanish left-back behind the scenes.

He has every attribute of the modern left-back: mobility, deep reservoirs of energy, technical excellence, pace to burn, strong on the overlap, able to deliver pinpoint crosses and defensively robust.

Reguilon is confident, too. Anyone who saw him take to the Premier League like a duck to water in the 6-1 hammering of Man United could see that.

The only thing the 23-year-old is lacking is top-level international and Champions League experience.

Capped three times by Spain, he only has 45 La Liga appearances under his belt and most of them came last season while on loan at Sevilla.

He had barely played for Real Madrid before they let him go, a decision of the Spanish giants that is proving to be an amazing one for Tottenham.

Reguilon’s arrival from Real Madrid on a deal costing an initial £28m and rising to a potential £33m was overshadowed by that of Bale.

That is no bad thing for a big-money summer, especially one moving from overseas and adapting to a new league, language and culture. 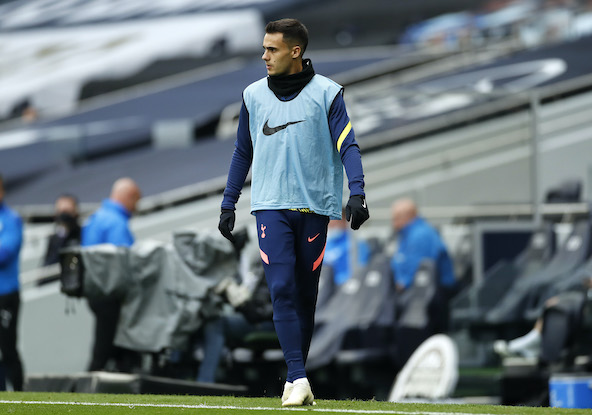 Mourinho is a big admirer of Ben Davies, whose solidity and reliability are vital qualities in a defender.

But it is Reguilon who has the real star quality in the eyes of those at the club and, after just five appearances, he already looks the real deal.

In other news, a Tottenham star’s world has been turned “upside down” after humiliation.