Danny Mills has issued a stark warning to West Ham claiming they are “playing a huge game of poker” with the future of Declan Rice.

Speaking exclusively to Football Insider correspondent Dylan Childs, the former England full-back said the Hammers could miss out on potential replacements for Rice if they hold on to him for too long.

Frank Lampard is a long-time admirer of the 21-year-old and, as revealed by Football Insider, Chelsea are preparing to launch a massive bid for him once they have raised cash by selling some of their senior stars.

Chelsea are prepared to play the long game in their pursuit of the England international who West Ham currently value at £80m.

Asked by Football Insider whether the Hammers will be worried if the situation carries on after the season starts, Mills said: “If West Ham are doing their business right, they know there’s interest in Rice and they don’t want to lose him but they have to be prepared in case he does go.

“They need two or three targets lined up so if he does go, they’ve got those replacements.

“If you’re waiting and you’re holding out for a certain figure or you don’t want him to go, your number one target who will know West Ham are interested if Rice leaves, might get another offer and have the option to go somewhere else. 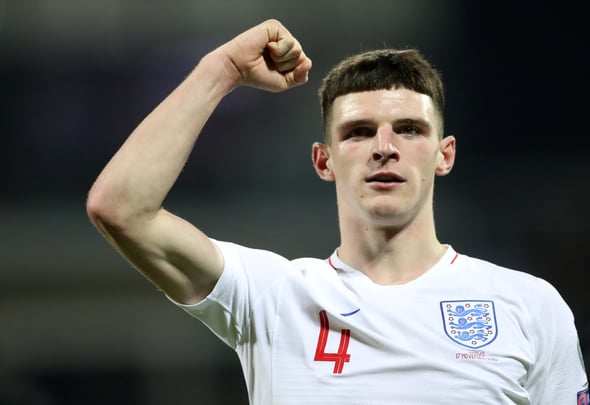 “This is all a huge game of poker and timing comes into it. West Ham have to say ‘he’s not for sale end of’ or they’ve got to have replacements lined up.

“Then it’s about how long they hold out for the price they want while there are replacement targets start to dwindle and get snapped up by other teams.”

In other news, West Ham have been tipped to sign a new striker after a preseason sighting.