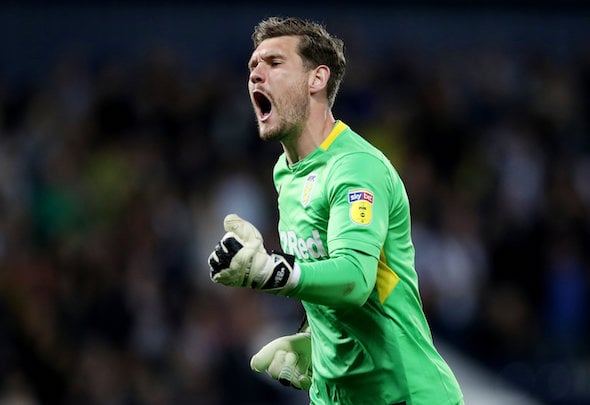 Alan Hutton says he is devastated for Aston Villa goalkeeper Jed Steer after seeing his former teammate pick up an injury against Wolverhampton Wanderers.

Speaking exclusively to Football Insider assistant editor Russell Edge, the former Villa and Scotland star says that the shot-stopper worked incredibly hard to bounce back from an Achilles problem earlier in his career and that he was unlucky to see Tom Heaton take his place in the starting XI.

Having returned to the side against Wolves after an injury for Heaton, the 27-year-old lasted just eight minutes before suffering his own setback, Sky Sports reporting that he could be out of action for as long as two months.

Hutton says that he has seen Steer work harder than anyone to bounce back from injury before and that he is gutted to see his shot at first-team action snatched away in such cruel fashion.

Hutton told Football Insider: “I feel really bad for him because I know him as a guy, he’s such a nice guy, such a nice boy. He’s obviously went through the Achilles injury before and honestly, you’ve never seen somebody work so hard in your life.

“He’s worked so hard to come back, gone on loan at certain times, done everything possible to get in at Villa and become number one.

“They went down a different route and brought someone in but he was given the opportunity the other day and I think it’s his other leg. It’s not as bad as first thought but still bad. For it to happen on his first opportunity, it’s just devastating.”

Steer has played 31 times for Villa during his time in the Midlands, establishing himself as Dean Smith’s first-choice between the sticks last season after a loan spell away from the club.

Sunday was his second-ever Premier League appearance, having played the majority of his football in League One and the Championship.

In other Aston Villa news, Darren Bent claims one senior star could become “unstoppable” for the Villans.