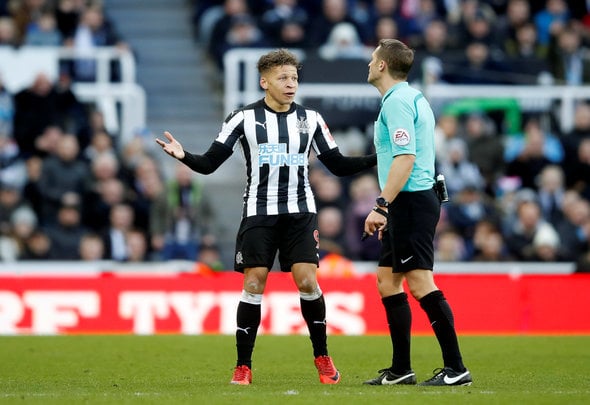 Credit where credit is due, Rafael Benitez has built an impressive side at Newcastle United on relative peanuts – but there is still one weak link.

The Magpies currently sit 10th in the table and despite losing to Everton on Monday night, still look good to finish in the top half – the first time a newly promoted team will have achieved the feat in five years.

It is astounding that most of the squad, and the starting XI for that matter, were playing in the Championship this time last season, and just goes to show how influential Benitez has been.

However, while most positions have at least one Premier League quality performer to fill the role (when the squad is fully fit), the same cannot be said about the centre forward options at the Spaniard’s disposal.

The likes of Joselu, Dwight Gayle and Islam Slimani hardly strike fear into the hearts of their opponents and even the red hot Aleksandar Mitrovic, who is in blistering form down at Fulham, failed to make an impact during the first half of the season.

The Serbian seems a near-certainty to leave St James’ Park this summer, with the Mirror stating a £20million price tag is on his head, but will any other strikers follow him out the door?

Well Slimani has struggled to make the desired impact since joining on loan from Leicester, with just three appearances and a single start to his name, and a permanent deal seems incredibly unlikely right now, while Joselu has fallen down the pecking order and is likely to be allowed to leave if the right offer comes in.

That leaves mainstay Gayle, with 33 appearances, as the sole survivor of a potential attacking cull, with Benitez unlikely to let everyone go, and it will be a shock that last season’s top scorer remains considering how heavily he was linked with a move away both in the summer and winter transfer markets, the Guardian’s Ed Aarons claiming that Fulham were keen on a move in January.

It could – and perhaps should – be all change up top for Newcastle this summer, but who they bring in is another matter entirely.

In other Newcastle United news, a Sky Sports pundit says the Magpies are “already amazing”.