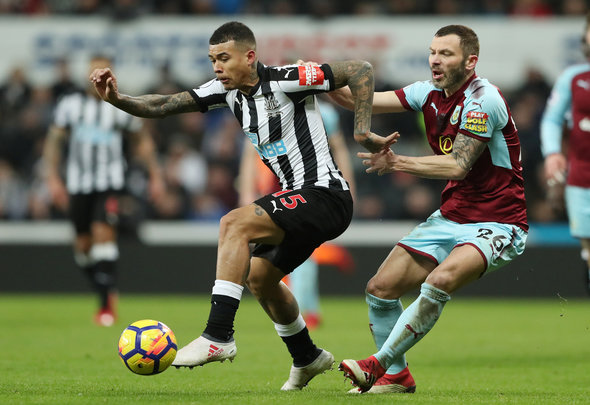 Newcastle United seem certain to try and re-sign Chelsea winger Kenedy on a season-long loan in the summer after seeing him impress in his short time at St James’ Park already – but the priority must be securing Rafael Benitez’s future.

The Brazilian arrived on Tyneside during the January transfer window, the Magpies’ first foray into the winter market, but arrived six months late for manager Rafael Benitez after he had pursued the 22-year-old’s capture last summer.

However, it has been a case of better late than never for the Toon Army, who have quickly adopted the speed machine as a firm favourite after establishing himself in the first team setup, and put in his best performance in a black and white shirt on Saturday, scoring his first two goals on the way to a 3-0 victory over Southampton.

While the Magpies are unlikely to splash the cash to secure his signing permanently, the Chronicle have revealed that another loan move is in the offing at the end of the season, so long as Benitez remains manager at St James’ Park for the next campaign.

The Magpies would be loath to lose the Spanish boss in the summer, while he appears committed to bringing the club some success, and as a result, if all goes to plan and the club secure their Premier League place, it can be expected he will remain for another year, which is currently the last year of his current contract.

If that is the case, then fans can be pretty certain Benitez would want Kenedy at his disposal for a full season after his long-term hunt for the Brazilian’s capture, and securing the reported loan deal seems a no-brainer for everyone involved.

In other Newcastle United news, one man has made a stunning reveal about his display against Southampton.