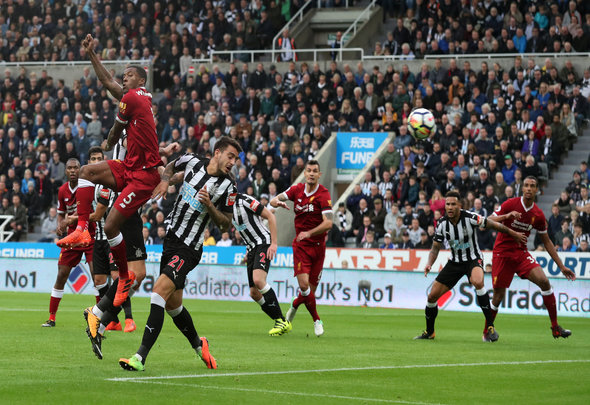 Newcastle United fans took to social media to humiliate their former midfield star Georginio Wijnaldum after his performance in the clubs’ 1-1 draw on Sunday.

The Dutch midfielder, who spent a season at St James’ Park during the 2015/16 campaign, struggled to have a meaningful impact in front of a raucous home crowd on Tyneside.

His one moment of note came in the first half where he managed to strike the post with a shot, but was a bystander for much of the rest of the game.

As a result, Newcastle fans turned to Twitter to mock the 26-year-old, with many highlighting that it was reminiscent of his performances in black and white.

I thought it was a really nice touch of Gini Wijnaldum to request to be left out the #LFC squad today out of respect for #NUFC.

Nice to see Gini Wijnaldum still anonymous away from home. Referee didn’t help us but tactically we didnt help ourselves. Good point #NUFC

Wijnaldum delivering the usual performance away from home there. Nice to see it in a Liverpool shirt though. #nufc

That was the most Wijnaldum performance ever. #nufc

Wijnaldum was actually the Magpies’ top scorer during his one season at the club, netting 11 times in 40 appearances, with all of his goals coming at home.

However he was unable to prevent the club from slipping to relegation and avoided suffering in the Championship with a reported £25million move to Liverpool in the summer of 2016.

He has made 53 appearances for the Reds since his arrival, scoring six times and notching up 11 assists for his team mates.

He has played a crucial role for Jurgen Klopp this season, appearing in all but one of the club’s seven league games, all of which came in the starting XI.