The Times have claimed on their website on Sunday that each of the Magpies, Stoke, Swansea and West Brom have expressed in signing the 30-year-old Frenchman before Thursday’s transfer deadline.

The claims from the Times follow Sky Sports’ north-east reporter Keith Downie reporting on his personal Twitter account on Friday that both Newcastle and Swansea were in talks with Chelsea over a possible loan deal.

However, with both Stoke and West Brom also interested there could be a tough battle to secure the signature of Remy.

The striker is in the final year of his contract at Chelsea and has not played for Antonio Conte’s side since a 4-0 victory over Aston Villa in April 2016.

Remy’s previous stint at Newcastle saw him bag a fine 14 goals in 27 matches in total.

Remy in his peak would have been a fantastic signing for Newcastle, as it proved to be in 2013. However, these days the Frenchman’s legs have very much gone at Premier League level and last season saw him spend an unsuccessful loan at Crystal Palace, where he failed to score in eight appearances. Newcastle can certainly do a lot better than Remy and at his age it doesn’t make sense to bring him back to St. James’ Park. Newcastle already have Joselu, Dwight Gayle and Aleksandar Mitrovic in their striker ranks and Remy is not a better option than either.

In other Newcastle transfer news, the Magpies are preparing to cash in on this star. 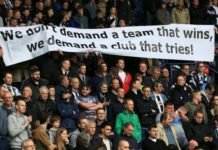