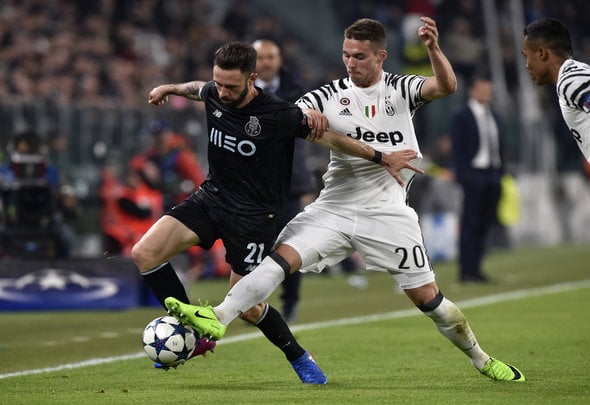 Newcastle are one of the teams eyeing Porto defender Miguel Layun, according to a report.

Portuguese outlet Record claim that the Magpies are in the race alongside Espanyol and Roma in a bid to sign the 28-year-old.

Layun has Champions League experience under his belt and has made 12 appearances in Europe’s elite club competition, while also playing three times for Watford during a brief spell a Vicarage Road.

The Mexico international is a versatile that is a left-back by trade, but can also be used as a right-back or on either wings.

He made 25 appearances across all competitions this season, chipping in with three goals and supplying four assists.

Rafael Benitez is set to be busy in the transfer market as he prepares Newcastle for the Premier League next season and Layun could potentially provide competition for Paul Dummett at left-back.

Newcastle will need to strengthen their squad if they are to be competitive in the top flight and an extra full-back is needed. Layun seems like a smart option as he is an experienced campaigner that has proven himself at Porto and would be able to bolster the options at St James’ Park. His versatility makes him an attractive signing and he has also shown throughout his career a goal threat. Benitez will also need to bring in players with proven Premier League experience to aid his side next year, but Champions League ace Layun should be a safe pair of hands.

In other Newcastle transfer news, Benitez is eyeing a move for Liverpool attacker Sheyi Ojo.