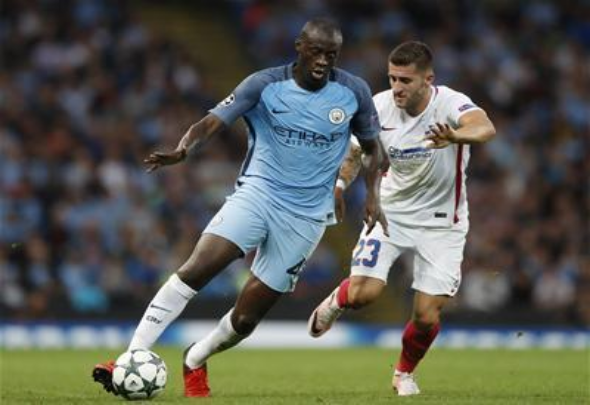 Newcastle are considering making a surprise move for Manchester City star Yaya Toure as he looks for first team football, according to a report.

The Sun claims that the Magpies are one of a number of clubs monitoring the 33-year old midfielder’s status at the Etihad Stadium, as he goes into talks with the club’s hierarchy over his future.

The Premier League icon is looking for guarantees over his role in the starting XI, with the report claiming he is prepared to move elsewhere and take a cut on his £250,000-a-week wages to be a regular starter.

Fellow newly promoted side Brighton, as well as current Premier League side West Ham, are also said to be in the running for the 102-times-capped Ivory Coast international.

If Toure was to move to St James’ Park it would be a huge surprise to the club’s fans, with Mike Ashley notorious for demanding the purchase of young players who will represent good sell-on value as well as low wages.

The Premier League title has not even been decided yet but we are already into the silly season of transfer speculation. Yaya Toure is without a doubt one of the best central midfielders the Premier League has ever seen and despite his age has proven he still has what it takes to compete. However, Newcastle will not be willing to splash out on the Ivorian’s huge wages, despite the claim he is willing to take a £100,000-a-week pay cut. Nor would Mike Ashley be to interested in signing a player who, at 33-years-old, offers little to no sell-on value. He would be a proper marquee signing for the Magpies, but Toure is not the Premier League experience that Rafael Benitez is seeking.

In other Newcastle news, Jason Cundy has mocked the Toon despite going up as champions.