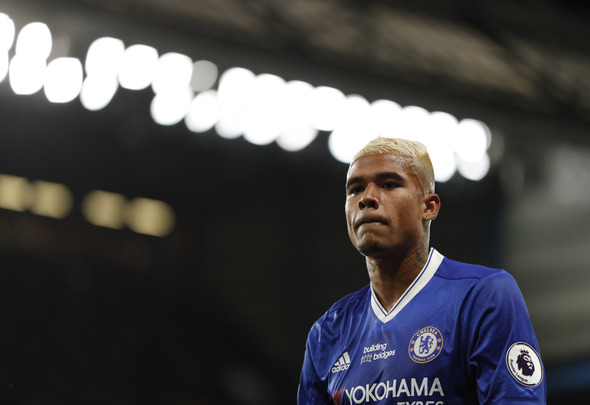 Newcastle have been left sweating over the possibility of signing Chelsea youngster Kenedy on loan after Alex Oxlade Chamberlain turned down a move to Stamford Bridge, according to a reliable journalist.

Lee Ryder, chief sports writer of the Newcastle Chronicle, claimed on his personal Twitter account in the early hours of Wednesday morning that the England international’s snub of Chelsea is “not helping” Newcastle in their efforts to sign Kenedy before Thursday’s transfer deadline.

Not helping #nufc bid for Kenedy this. #cfc https://t.co/tTnTERGzSp

The journalist was making reference to a BBC Sport report which claims that Arsenal’s Oxlade-Chamberlain has rejected a £40million move to the Premier League champions as he now wants to join Liverpool.

It was previously reported that Kenedy, 21, will only complete his loan move to St. James’ Park if Oxlade-Chamberlain signs for the Blues – and that no longer looks to be a possibility.

This means that Kenedy’s move to Newcastle may worryingly be on the rocks at this late stage in the transfer window.

The Premier League flyer, who can play at left-back or on the wing, has been named on the bench in all three of Chelsea’s opening league matches, showing that Antonio Conte needs him in his squad at the moment.

This will no doubt be very bad news for Newcastle. It seems like they have been pursuing Kenedy for quite some time at his ability to play at left-back means that he could have been seen as a replacement for the injury Paul Dummett. Chancel Mbemba has been drafted in to play on the left side of Rafa Benitez’s back four and although he has done a decent job so far, he will likely be found out very soon. Kenedy would be a good addition to the squad. He is versatile, skillful and offers a lot of qualities that the Magpies are currently lacking. It would be a major blow if they don’t manage to get him in.

In other Newcastle news, the Magpies are willing to meet the £18.5million valuation of this international playmaker.