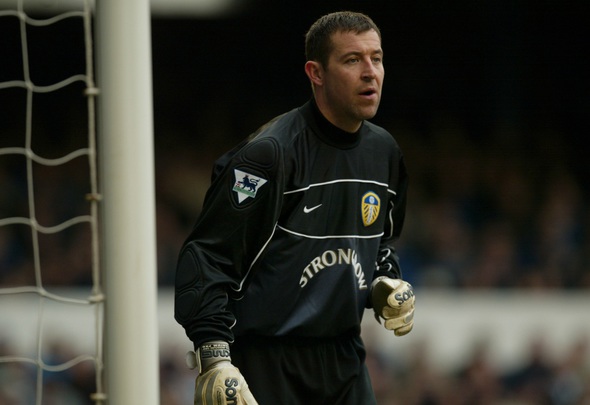 Former goalkeeper Nigel Martyn has claimed that Leeds United could have to spend up to £200million if they wanted to become an established Premier League club in the near future.

Martyn, 51, spent six years on the books at Elland Road during the peak of the Whites’ exploits in the top-flight in the last two decades, enjoying Champions League nights and regularly finishing among the country’s elite.

However after 13 seasons outside the Premier League, things have changed a lot, and Martyn now thinks that the amount of money in the division could mean it would be hard for Leeds to establish themselves should they ever make a return.

Thomas Christiansen looks like he could be the manager to finally take the Yorkshire giants back to the promised land this season having led the club to the top of the Championship table after a strong start in their opening eight games.

Although he understands there’s a great togetherness at Elland Road at the minute, Martyn has boldly claimed that ultimately it is the money that could see Leeds struggle to get to grasps with top-flight football should they return.

“Leeds United is a massive club, it is an iconic club and if all things were right in the world then yes, you would be in the Premier League, but they are not at the moment. The club fell out of the Premiership at the worst possible time too, just before the big, big money came in. You look at clubs like West Brom, Southampton and Burnley and you could be talking about spending £200m just to get to the level of being an established Premier League club like those clubs,” he said in an interview with Bwin.

“The thing with a club like Leeds is that if they got into the Premiership, they could really kick on with the fan-base and size of the club. To get there, they need to look at the likes of Brighton and Huddersfield who were consistent through the season and showed what can be achieved with a tight-knit group.”

Martyn is widely regarded to be the best goalkeeper to have ever played for Leeds in their long, glorious history.

He left the club in 2003 to sign for Everton having also had spells with Bristol Rovers and Crystal Palace as well as earning 23 caps for England.

In other Leeds United news, Christiansen has made a huge claim about the clubs’ upcoming fixtures.