Missing pre-season will have been a “nightmare” for Celtic winger Mikey Johnston, according to Alex Bruce.

The Scottish Sun reported on Wednesday that Johnston is a major doubt for Celtic’s Champions League qualifying campaign with a calf injury. 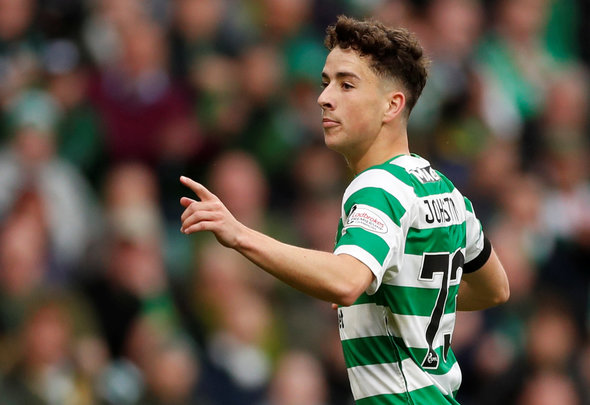 Lennon revealed last week the Scotland under-21 international is set to see a specialist about the problem, but it now looks likely he’ll be out until September.

The Hoops’ first Champions League qualifier is on 18/19 August, with the second round a week later.

If the Scottish champions progress they will play a further qualifier on 15/16 September before a two-legged play-off later that month.

“For any player to pick up an injury in pre-season is a nightmare,” Bruce told Football Insider.

“Fingers crossed the lad gets back quickly because he’ll be playing catch-up with the rest of the squad.

“Obviously, he’s missed out on pre-season and the games are starting this weekend, it’ll be a big blow for the lad but fingers crossed he can get back fit as soon as possible.”

Johnston could also be absent for Scotland under-21s’ clash with Lithuania on 8 September.

Celtic begin their campaign on Sunday with the visit of Hamilton to Celtic Park.

In other Celtic news, a Football Insider pundit claims that Lennon will take a risk and hand one player his debut against Hamilton.