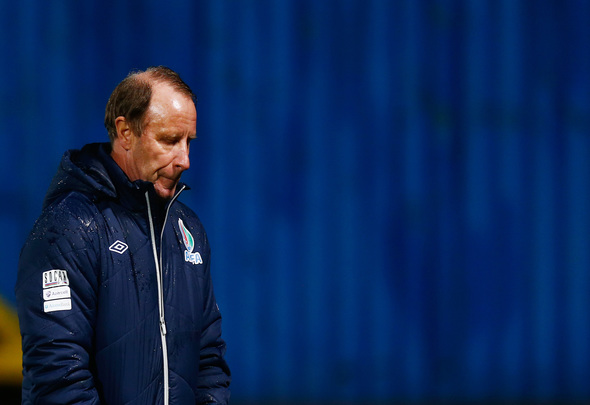 Former Scotland boss Berti Vogts has bluntly put it that Celtic have “no chance” of picking up a result against Bayern Munich when the sides meet later this month.

The German giants have had a poor start to the season, which saw manager Carlo Ancelotti sacked, but Vogts reckons there is too much pressure on Bayern for them to fail.

Juup Heynckes was appointed as Ancelotti’s replacement at the Allianz Arena after four years away from management.

Heynckes last managerial job was with Bayern between 2011 and 2013, where he led the side to Champions League glory, defeating Borussia Dortmund in the 2013 final at Wembley.

Vogts, who managed Scotland between 2002 and 2004, thinks it’s a bad time for the Hoops to be facing Bayern and thinks that the game against Brendan Rodgers side is just “too important”.

“Celtic have no chance in Munich,” Vogts said, as quoted by The Scotsman website.

“This really is a must-win match for Bayern.

“If they can’t win their matches against Celtic, they won’t reach the last 16, so I am afraid that it is just too important to them.

“The new coach, Jupp Heynckes, has come in and I really think it is a bad time for Celtic to play Bayern.

“In fact, I can see Bayern winning both matches because they know if they win both matches they are through to the next round.”

Celtic face Dundee on Saturday in the Scottish Premiership before making the trip to Germany to face Bayern in the first of two Champions League group games between the sides.

The Hoops have a terrible record away from home in the Champions League – winning twice in 25 years – but are aiming to secure European football after Christmas.

The 3-0 win away to Anderlecht puts Brendan Rodgers’ side in pole position to secure third in the group and a Europa League spot in the new year.

After the double header with Bayern, the Scottish champions face a trip to Paris to take on free-spending Paris Saint-Germain before welcoming Anderlecht to Glasgow on December 5th.

Rodgers’ side are in the midst of a phenomenal 58-game unbeaten run in domestic competition and the former Liverpool boss has yet to taste defeat domestically since taking over in June last year.