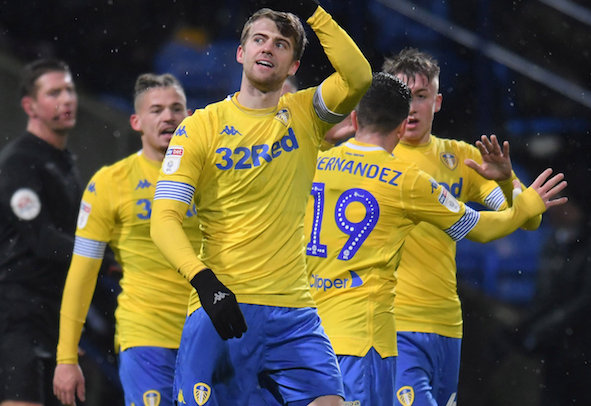 Noel Whelan has told Football Insider that Leeds United must axe Patrick Bamford against Birmingham and replace him with Kemar Roofe.

Manager Marcelo Bielsa has revealed Roofe is set to return to the United squad on Saturday after being absent since mid-February with a knee injury.

Speaking exclusively to Football Insider, our brilliant new columnist Whelan called for Bielsa to drop Bamford if Roofe is given the all-clear to start on Saturday.

“If Roofe is fit enough to go back into the starting XI, then he should start instead of Bamford. Nothing is working for Bamford at the moment. We saw that with his penalty on Saturday against Millwall.

“When a gift comes your way as a striker you have to accept it. It was a wasted opportunity and turned what should have been a far easier win into a more difficult one. Bamford is lacking in confidence and missing too many good chances.

“Roofe is our top striker. He can hold the ball up better than anybody else, and is quicker and sharper around the six-yard box. He is not tall but is better in the air than Bamford, who I wouldn’t say is great in that area.”

In other Leeds United news, it can be REVEALED the club have agreed a fee with rival club as deal is done to sign attacker ahead of summer window.