Paul Robinson ripped into Tottenham defender Serge Aurier and claimed he was a weakness that sides were exploiting.

The 26-year-old has regularly featured for Spurs this season as he has made 12 appearances across all competitions.

Robinson explained that Jose Mourinho wouldn’t be able to find a system that would truly protect Aurier as the bottom line is that the right-back’s defensive qualities are not good enough.

When asked whether Aurier is benefitting by Mourinho trying to find a way to lighten the right-back’s defensive load, Robinson told Football Insider: “The problem Aurier has got is that when Mourinho plays three in midfield, they’re quite narrow.

“Sissoko gave him a little more protection at the weekend, but not a lot, but your full-backs have to be able to defend and that’s the first rule of being a defender and his defensive qualities are not good enough.

“He gets caught out far too often, he tries to read the game, he tries to steal the ball and then he drops off.

“He doesn’t know how to best deal with the players he comes up against, I think that came to light more so against Bayern Munich.

“I think Aurier defensively struggles and teams are exploiting that as they see Tottenham’s right-hand side as a weakness and targetting it.

“So I do believe they need to sort it out.” 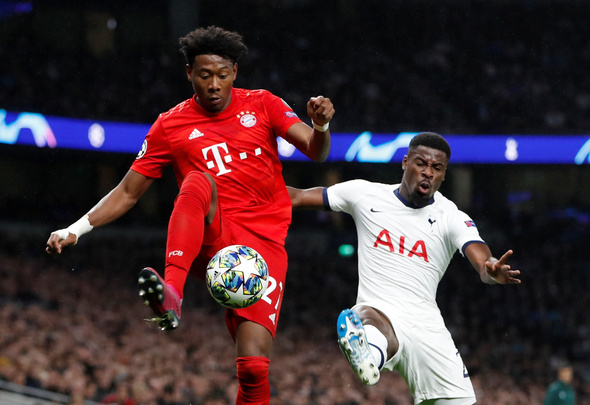 Mourinho has seen his Spurs side concede six goals in his first three games in charge of the London club.

Aurier has played 90 minutes in each of those matches and has managed to register two assists as well as score a goal in the process.

In other Tottenham news, Darren Bent believes Mourinho is about give one player a major boost.