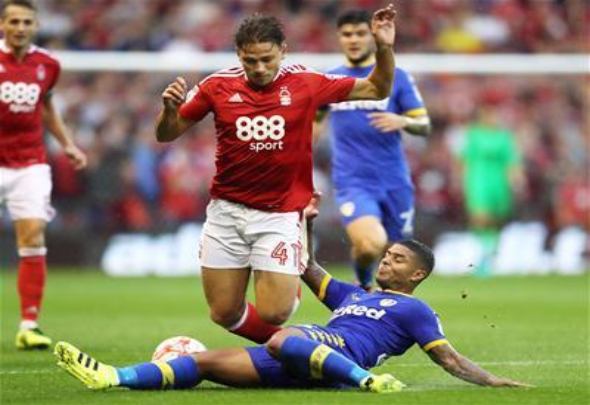 Matthew Cash delivered a message on Twitter saying that he was “gutted” after leaving the pitch early with an injury in Sunday’s 2-2 draw against Aston Villa.

The youngster left the field with 22 minutes on the clock after colliding with Villa defender Tommy Elphick.

The 19-year-old midfielder posted a message via his personal Twitter account revealing that he was “gutted” while hoping that his scan on the injury in the week will bring good news.

So gutted to come of injured early! Praying the scan this week is positive 🙏 #nffc

A former Wycombe academy player, Cash moved to Forest in 2014.

He spent a three-month loan at League Two side Dagenham and Redbridge last season where he scored three goals in 12 appearances.

Cash agreed to extend his stay at the City Ground by signing a three-year deal in August and he made his senior debut for the club a day after, starting in the season opener against Burton.

He has started in two other League clashes in the new campaign, including Sunday’s draw against Villa.

Thomas Lam took Cash’s place on the field in the match, but he also left the pitch with an injury on the 63rd minute, while his replacement Hildeberto Pereira was sent off for over celebrating.

This has left Forest short for numbers in midfield, with a clash against Rotherham coming up on Wednesday.

In other Nottingham Forest team news, Arsenal fans reacted on Twitter to Nicklas Bendtner possibly lining up against them.