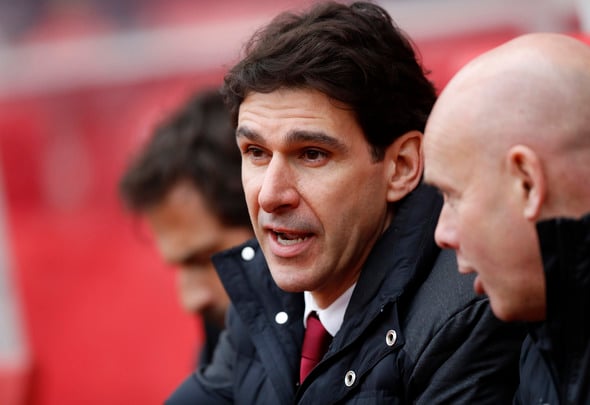 Nottingham Forest are keen on a move for former VFL Wolfsburg winger Ashkan Dejagah, according to a report.
The Mail (live transfer blog, 12.33pm) is linking Aitor Karanka’s side with a move for the 31-year-old who is now a free agent after finding himself out of contract in the summer.
Dejagah was a player of the year at Fulham when he was at Craven Cottage between 2012 and 2014, and was renowned for his speed and agility in attack.
Forest are also thought to be preparing a last-gasp swoop for Tobia Figueiredo and Costel Pantilimon,  according to the Daily Mail on their live transfer blog on Tuesday [03:07pm], as the Spanish boss continues to push for survival in the Championship.
Football Insider verdict:
The winger certainly has a great deal of experience both on the continent and in England so would not be a rabbit caught in the headlights. However, after being without a team for the last six months you would have to question whether the Iranian would be fit as Forest bid to stave off relegation from the Championship. The winger certainly has bags of talent and if Karanka can wave his magic wand and tap into the kind of form which saw him win a player of the season award for Fulham then they could have a player on their hands who reinvigorates an otherwise slow and predictable midfield zone. It’s worth a punt.
In other Nottingham Forest transfer news, mega bid incoming for Forest player as PL duo battle commences.
We’ve launched a << BREAKING NEWS FEED>> exclusively for your club. ‘Like Us’ on Facebook by clicking here if you want 24/7 updates on all Nottingham Forest breaking news.