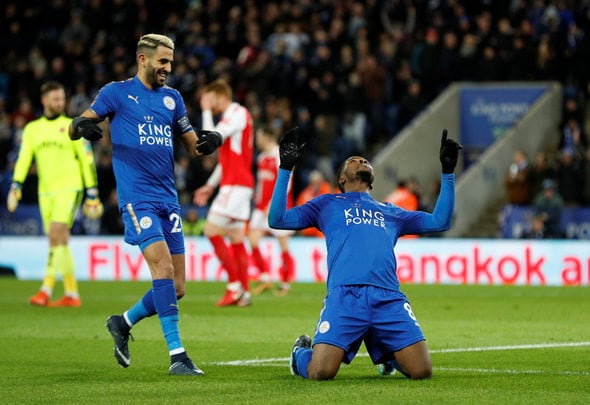 The odds of Newcastle signing Leicester striker Kelechi Iheanacho in January have been slashed after Rafa Benitez’ options seem to be shrinking.
Iheanacho moved to Leicester in the summer from Man City for £25m but has failed to settle at the midlands club.
He has yet to score in nine Premier League appearances although he has netted four goals in three FA Cup games, albeit against lower league opposition.
Just last week Newcastle were joint favourites with West Ham and Besiktas at 8/1 to sign the 21-year-old.
However, the market shifted dramatically today after it was reported that Newcastle had missed out on top striker target Nicolai Jorgsensen after missing a 6pm deadline.
Feyenoord had set the deadline so that they could prepare properly for their cup quarter-final against PSV on Wednesday night – transfer deadline night.
Dutch outlet AD reported that news and it seems that leading bookmaker BetVictor now think Newcastle will move for Iheanacho.
Newcastle are now the clear favourites to sign the striker at 4/1, with Besiktas, Stoke and West Ham all the way back at 8/1. In other Newcastle news, the club is in talks over loan move for £80k-a-week PL ace in dramatic last-minute deal
We’ve launched a << BREAKING NEWS FEED>> exclusively for your club. ‘Like Us’ on Facebook by clicking here if you want 24/7 updates on all Newcastle United breaking news