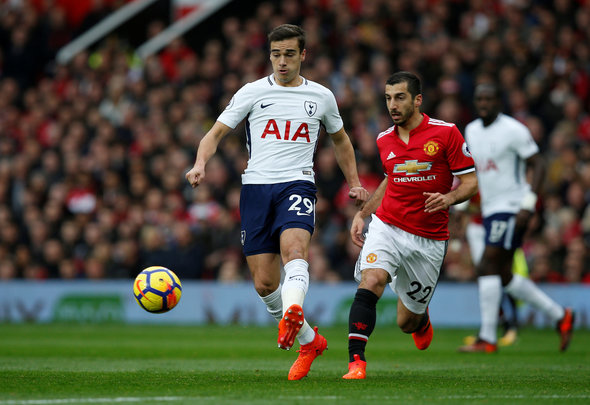 Tottenham midfielder Harry Winks is set to return to the first team squad against Watford on Saturday after having recovered from an illness which kept him out of the clash at Leicester City.

Spurs confirmed that the youngster, who has become a favourite of both manager Mauricio Pochettino and the Tottenham supporters this season, was available for selection after his one game layoff via their official Twitter account.

TEAM NEWS: @HarryWinks is available for selection after recovering from an illness. pic.twitter.com/MitK7mTmsd

Pochettino started with Moussa Sissoko and Mousa Dembele in the middle of the park for the 2-1 defeat away at Leicester on Tuesday night, with Spurs lacking a recognised central midfielder on the substitutes’ bench.

Winks was drafted into the side at the start of the season in the midst of an injury crisis at the club, which saw both Victory Wanyama and Dembele ruled out, leaving Sissoko, Winks and the versatile Eric Dier as the only senior midfield options.

He has become a revelation for the Lilywhites, making 16 appearances across all competitions this season, including four in the Champions League, while he earned his first England cap after starting in the Three Lions’ win over Lithuania in October.

Spurs have only won one of their last five Premier League games, a run which has resulted in the side slipping into seventh in the Premier League table, 16 points adrift of league leaders Manchester City.

In other Tottenham news, Dele Alli has revealed the club’s surprise approach after their poor run of form.