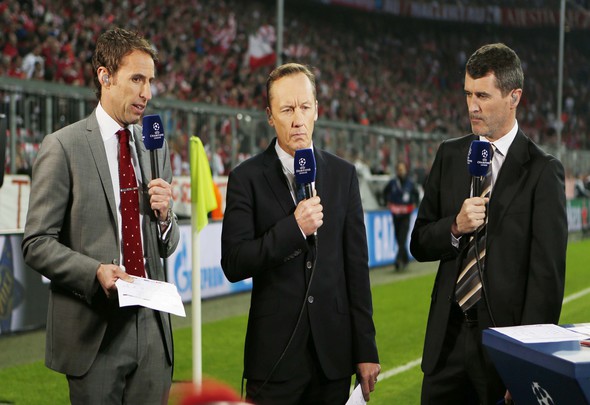 Former Arsenal defender Lee Dixon has admitted that Tottenham are now in a “better shape” than his old club following their impressive 1-1 draw with Real Madrid at the Bernabeu on Tuesday night.

Spurs have undoubtedly shown major progress in recent seasons which have culminated in their best ever finishes in the Premier League, coming third in 2015/16 and second in 2016/17.

Although Arsenal are still earning major silverware in the FA Cup, Dixon believes that Mauricio Pochettino’s side are now the dominant force in North London, even though he may have been saying it through gritted teeth.

“They’re a better side than Arsenal,” admitted Dixon when talking about Spurs, as shown on ITV Sport’s official Twitter account on Thursday morning.

“Their all round team, I think defensively-minded, the way they set up, the different systems they can play because they can play three at the back or four.

“Overall they’re in a better shape than Arsenal right now and that obviously pains me to say, but they are.”

Dixon (through gritted teeth): "Spurs are in better shape than Arsenal"

Keane: "I think most teams in the PL are ahead of Arsenal now!" pic.twitter.com/qpjjKTqM2v

Arsenal continue their Europa League campaign against Crvena Zvezda in Serbia on Thursday night and take a major stride towards qualifying for the knock-out rounds with a win.

Tottenham on the other hand look like they won’t be dropping down into the Europa League this year after wins against Borussia Dortmund and APOEL Nicosia before their draw in Madrid, which leaves them joint top of their group, six points clear of the chasing pack with three games to play.

Next up for Spurs is a return to Premier League action against Liverpool on Sunday which will no doubt be a massive fixture for both sides.

In other Tottenham news, Spurs are battling Manchester United for this European teenage sensation who is regarded as one of the best young talents in his country.