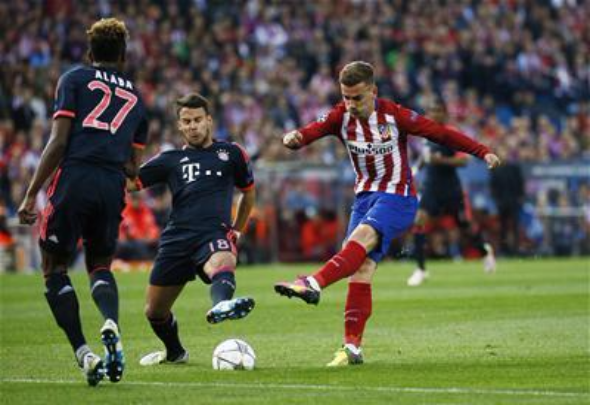 Paul Merson believes Arsenal must lure Atletico Madrid’s Antoine Griezmann to north London in the summer if they want to win the 2017-18 Premier League title.

Arsenal have failed to keep up with London rivals Chelsea this season, sitting 16 points behind Antonio Conte’s side and are now outside of the Champions League places.

Speaking on the Sky Sports’ website, ex-Arsenal midfielder Merson believes Griezmann holds the key to a fourth Premier League title, but added that they need improvement all over the pitch.

“Arsenal don’t have a spine in them at all. They need about five or six players, which is about £200m in this day and age.”

France international Griezmann has continued to sparkle in Diego Simeone’s La Liga giants this season, as he becomes renowned as one of the best players in world football at the moment.

Scoring 21 goals in his 38 league and cup outings this season, the 25-year-old striker has also turned provider on a separate 10 occasions.

The Gunners could be looking to bring in an attacker of Griezmann’s standard, with doubts arising over the future of Mesut Ozil and Alexis Sanchez .

The attacking duo have just over a year left on their current deals, with both players yet to declare their future at the London Stadium.

Former Real Sociedad star Griezmann is set to start for Atletico on Wednesday night, as they look to capitalise on their 4-2 aggregate lead over Bayer Leverkusen to reach the last eight of the Champions League.

In other Arsenal transfer news, this 19-year-old midfielder could be the next signing at the Emirates.