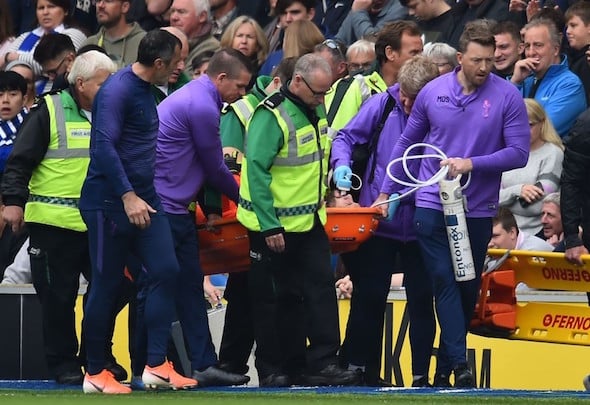 Paul Robinson has claimed the absence of Hugo Lloris to “horrible injury” is a sickening blow to Tottenham.

Speaking exclusively to Football Insider, the former Spurs and England goalkeeper claimed the long-serving club captain will be sorely missed during what is set to be around three months.

Lloris is expected to be sidelined until January after falling and dislocating his elbow when failing to collect a cross in the 3-0 defeat to Brighton a fortnight ago.

The France World Cup winner was replaced in the starting XI by his deputy Paulo Gazzaniga in today’s Premier League clash against Watford at the new White Hart Lane.

“It was a horrific injury, it’s a horrible injury,” Robinson told Football Insider as he reacted to Lloris’ absence. “I think Hugo’s going to be a big miss, not only because of his performances but because he’s captain as well.

“He’s a leader around the dressing room and his relationship with Mauricio, it’s a link between the players to the manager, so he will be missed for any length of time – he’s a key player.”

Spurs confirmed 12 days ago that Lloris will be sidelined until January with ligament damage.

Lloris, 32, is the captain of Tottenham as well as World Cup winners France.

He has made 307 appearances for Spurs since joining from Lyon in 2012 for around £10million and has also earned 111 caps for his country.