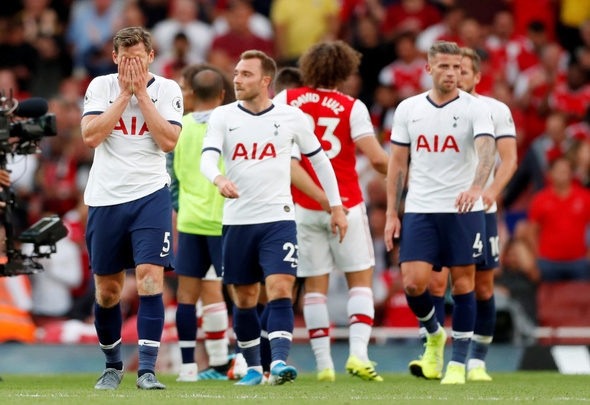 Senior Tottenham stars are “lazy” and “just avoiding getting injured” as they try and secure January exits.

That is according to the ex-Leeds United and Coventry City striker Noel Whelan, speaking exclusively to Football Insider about Spurs’ dreadful start to the season.

Speculation has intensified about Mauricio Pochettino’s position after Tottenham were mauled 7-2 by Bayern Munich, eliminated from the League Cup by third-tier Colchester United and left 13 points behind leaders Liverpool after Premier League eight matches.

“There are a lot of problems at Tottenham,” Whelan told Football Insider. “There are question marks over the attitude and commitment of the senior players.

“They are lazy out of possession. The desire to press and win the ball high up the field, which used to be a key feature of Pochettino sides, has gone. It shows you the players are not trying like they once were.

“The likes of Eriksen, Vertonghen, Alderweireld, Rose, Aurier, they have one eye on January and are just avoiding getting injured.

“They won’t be going full force into challenges as they don’t want the possibility of breaking down and missing out on a big transfer.

“They seem to be leaving the club, whatever happens, and Tottenham won’t want to give them new contracts as they aren’t producing on the field.”

Eriksen, Vertonghen and Alderweireld are all out of contract at the end of the season, while Rose has 18 months left on his deal.

Eriksen and Aurier have admitted they came very close to quitting in the summer, while Rose was left out of the pre-season tour of Asia to find a new club.

In other Tottenham news, Harry Kane has told friends what he thinks about Spurs sacking Pochettino.