Kevin Phillips has urged caution over Celtic appointing Eddie Howe after he verbally agreed to take over.

The former Sunderland striker, speaking exclusively to Football Insider, insists Howe will have to adapt if does become the new Parkhead manager.

This site revealed on Friday that Howe has verbally agreed to take the reins at Celtic after face to face talks with Dermot Desmond.

Phillips has noted that Howe struggled during his spell at Turf Moor and insists there are no guarantees that he will be a success at Celtic.

“Ultimately, he’s shown with what he did at Bournemouth but obviously he struggled when he went to Burnley so there’s a bit of history there. It’s not all plain sailing, he struggled.

“It’s a big challenge for him if he was to go there, I’m sure funds would be made available.

“Over the years, we’ve watched Bournemouth play some really good stuff but they’ve always been the underdogs haven’t they?

“He’s going to a club now where they aren’t an underdog, they’re expected to win every week and some managers adapt to that.

“It’s a big decision for the club but Howe would be a popular appointment.”

Celtic missed out on winning a historic tenth title in a row this season with John Kennedy currently in charge after Neil Lennon left the club in February.

There has been much speculation over who may take the reigns at Celtic from next season though Howe is now the clear favourite to lead the club in their challenge against Rangers next year.

In other news, Celtic have been blasted by McAvennie for “crazy” treatment of brilliant youngster and he can’t believe the club have let him go. 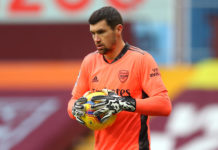 Sources: Tottenham takeover on the cards after ESL catastrophe as Lewis wants out