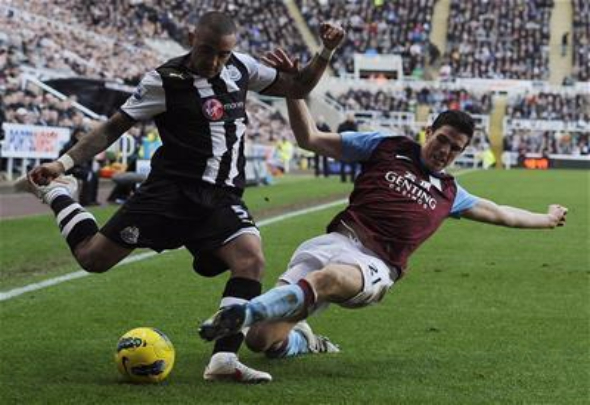 Newcastle signing Ciaran Clark has taken a look at his new surroundings after completing his £5million switch from Aston Villa.

The 26-year-old completed his move to Tyneside on Wednesday afternoon and will be preparing for a tough season in the Championship.

After putting pen to paper on a five-year-deal at St James’ Park, the centre-back was given a tour of his new home stadium.

Clark has already described Newcastle as a massive club and says that they are a side moving in the right direction, despite suffering relegation last season.

The announcement of the former Villa star comes as the Magpies also close in on the signing of midfielder Mohamed Diame from Hull.

In other Newcastle transfer news, Toon attacking midfielder Moussa Sissoko is not a target for Real Madrid this summer.