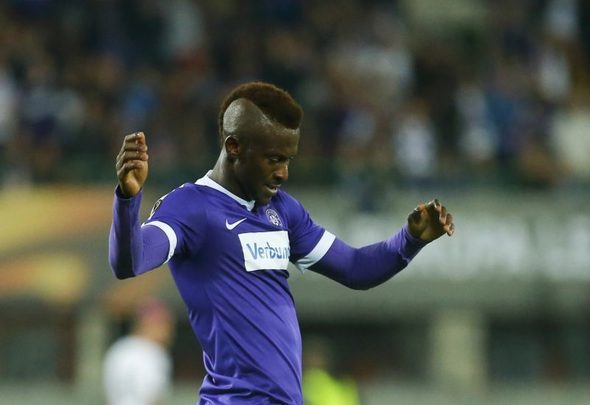 OwnGoalNigeria have claimed on their website that the 24-year-old Nigerian forward had arrived in England to hold talks with the Magpies.

However, it is also said that City boss Pep Guardiola has convinced the striker to make the move to Manchester following a phone call.

It is detailed that Kayode has passed his medicals with Manchester City and will then return to Austria before moving out to join sister club Girona in Spain on a season-long loan deal.

Kayode impressed in Austria in the last campaign, bagging a fine 24 goals in 48 matches in all competitions.

He has also been capped three times by the Nigeria national team and Newcastle boss Rafa Benitez may have thought his goal return would have seen him become a good option in the Magpies’ squad.

Kayode is simply never going to get into the Manchester City team given his age and ability and there must be questions asked of the prospect of clubs like City and Chelsea being able to sign-up a load of players before sending them out on loan. City’s business in particular doesn’t seem right as they are able to hand out players to their sister teams, who maybe aren’t able to spend as freely as they are able to due to financial rules. Therefore, Newcastle can feel particularly aggrieved about this deal as they may have missed out on a very good acquisition.

In other Newcastle transfer news, the Magpies have held talks with this Premier League defender.