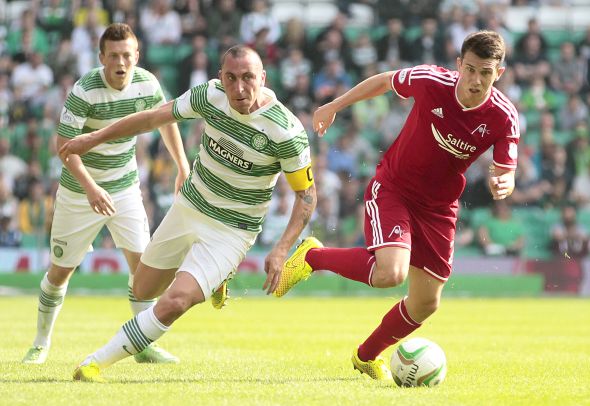 Rangers boss Pedro Caixinha admits that Aberdeen midfielder Ryan Jack is the exact kind of player he is looking to sign this summer.

The 26-year-old is out of contract at the end of the season, and has been heavily linked with a move to Ibrox.

It was reported by the Scottish Sun last month that Rangers are tracking the player, who has made 37 appearances in all competitions for Aberdeen this term, scoring two goals.

But Caixinha has responded to the reports by confirming he is interested in Jack, admitting that the midfield ace is a player he likes, although he did also add that he had assessed up to seven other similar players.

“There are maybe six or seven more like Jack that we assessed. He is a good player, young and Scottish. I like his consistency, although he has missed a few games recently.

“But I like his leadership, as captain at a young age. I like the way he sees the game and gives the out-ball in the build-up. He gives a balance to the team when it’s attacking.”

Rangers are currently without such a character in their current squad, and Caixinha’s move to assess a number of targets well-ahead of the summer transfer window suggests a player of Jack’s credentials is a top priority.

However, he may have a battle on his hands to acquire his signature, as it has been reported by the Daily Record that Jack is also attracting interest from MLS outfit Columbus Crew.

But Caixinha has hinted he is on the brink of making his first signings as manager at Ibrox, although it remains to be seen if Jack will be one of them.