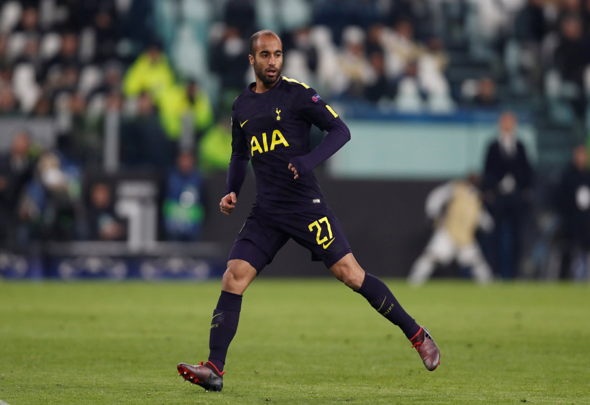 Tottenham manager Mauricio Pochettino has revealed just how delighted both he and the squad have been with the arrival of Brazilian speed machine Lucas Moura.
The former Paris Saint Germain winger arrived at Spurs from the French giants in a deadline day deal during the January transfer window, but has slowly been integrated into the first team after his lack of playing time in Ligue 1.
Despite his lack of game time so far, Pochettino has said that his attitude and talent mean that he has been well met by the rest of the players, and insists there is much more to come from him, having made his first start in the FA Cup clash against Rochdale last weekend, scoring on his full debut in the 2-2 draw.
However, the Argentine boss has revealed that his playing time against the League One side mean that he may well not be fit enough for the Premier League clash against Crystal Palace on Sunday, with several players set to undergo late tests.
He told Sky Sports: “I am so happy, the player is so happy, and his team-mates are so happy with him.
“He is so humble and works hard every day to improve. And then he is a quality player.
“We need to assess him because he played 70 minutes after a long spell out.
“Tomorrow we have another training session, we have 24 players in position to be selected. We need to assess everyone.”
So far Lucas has just two appearances under his belt for Spurs, having made his first outing from the substitutes’ bench in the Champions League draw against Juventus.
Tottenham know that victory over the Eagles could propel them into third in the Premier League table if results go their way, currently sitting fifth on 52 points.
In other Tottenham news, Pochettino has made an ‘unbelievable’ claim over one of the club’s stand out stars.