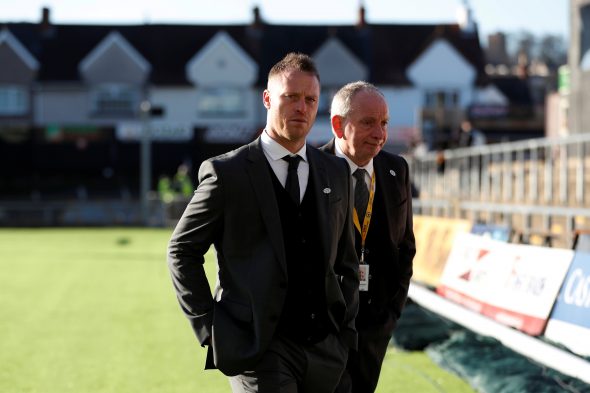 Newport County manager Michael Flynn has said that he has apologised to Tottenham manager Mauricio Pochettino for a controversial leak of a scouting document after the club’s FA Cup draw.
The League Two team managed to hold their Premier League opposition to a 1-1 draw at home in the fourth round tie, having previously seen off Championship side Leeds United in a shock third round result.
However there was a shadow cast over the result in the days following the match, as an in-depth analytical document carried out on Spurs by Newport was leaked by the media, revealing their tactical plans and identifying the weaknesses and criticisms of some of Pochettino’s players.
Flynn has insisted that the document should never have been revealed publicly and that he has taken the time out to apologise to the Argentine manager, stating that the report is something they do on every club they come up against.
He told the Daily Mail: “Look, it’s something we do on every team and we did it on Lincoln and Colchester in our last two matches.

“It is a report that is done week in, week out by our scouts and it is a good tool.

“I’ve dealt with the leak of the so-called secret dossier manager to manager.
“I apologised on our behalf to Mauricio for it getting out. We’ve exchanged a couple of messages back and fore since then. There is no issue here and he has bigger things to worry about.”
Flynn will go head-to-head with his managerial rival once again on Wednesday night in the replay at Wembley, with both sides knowing that victory will set up a clash with either Millwall or Rochdale, who also have to play once again after their draw in the first tie.
In other Tottenham news: ‘Dembele in the making’, ‘Needed at Spurs’ – Tottenham fans urge Poch to sign this player in the summer
Don’t miss out on breaking and exclusive Tottenham news by clicking here for our brilliant 24/7 updates on Facebook, Instagram and YouTube.