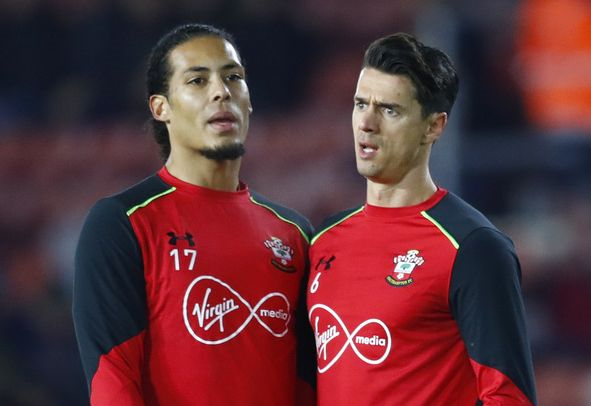 The Hammers confirmed the Euro 2016 winners as their first signing of the January window on Friday, after agreeing an £8million deal with Southampton.

Fonte had become disillusioned with life at St. Mary’s Stadium and handed in a transfer request at the start of the month before opening negotiations with West Ham and signing a two-year deal.

The Portugese’s former Southampton team-mate Virgil van Dijk is disappointed to have lost his defensive partner, admitting on Twitter on Friday evening that he was “gutted” at the transfer.

The Dutchman added on his personal Twitter account “Thank you champ for everything you have done for me and also for the club, was a pleasure to play with you.”

Thank you champ for everything you have done for me and also for the club, was a pleasure to play with you! #saintslegend #champ #gutted 👏🏾 pic.twitter.com/1Jqqs0ceTF

With van Dijk subject to plenty of interest from the Premier League’s elite clubs in recent months, many expected that it would be the Holland international who would be on the move this month.

Instead it was Fonte, who ended a seven-year stay at the club following his move from Crystal Palace in 2010.

The 33-year-old was an instrumental figure as Southampton won back-to-back promotions from League One to the Premier League between 2010 and 2012, where the Saints have remained since.

He made 288 appearances for the Saints in total, scoring 15 goals – but is set to start a brand new chapter in east London with the Hammers.

In other West Ham transfer news, the Hammers have reportedly tabled an offer for this Europa League ace.