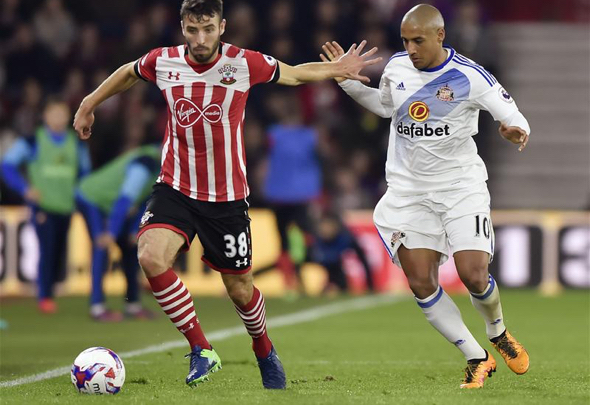 Southampton are well known in England for having a highly productive youth academy and one of the latest emerging stars is Sam McQueen.

Little was known of the 21-year-old before this campaign as he spent the second half of last season on loan with League One side Southend.

However, injuries to first choice left-backs Ryan Bertrand and Matt Targett prompted manager Claude Puel to use McQueen in the defensive position having played as a left-winger in the youth system.

Now after just six senior matches for the Saints the Sun have linked him with a move to Premier League giants Liverpool.

But the player must look at past youth players who have left the south coast club before making a decision on where his future lies.

Looking at the careers of Alex Oxlade-Chamberlain and Theo Walcott, who left at the age of 18 and 16 for Arsenal with more Southampton appearances under their belt, it is fair to say that neither have reached their potential at 23 and 27.

More recently it looks like Luke Shaw and Calum Chambers’ careers are heading the same way having left at young ages for much bigger clubs where playing time is harder to find.

Even Gareth Bale, who eventually became the most expensive player in the world, found life tough at first at Tottenham before flourishing in a position change, but players with the same qualities as the Wales international are few and far between.

By contrast players who have remained at Southampton and grown as a player at St Mary’s are now flourishing.

Adam Lallana, who made the move to Liverpool at the age of 26 is now arguably having a better career than both Walcott and Chamberlain, who showed more promise at a younger age.

The Englishman has come on leaps and bounds under a good manager in Jurgen Klopp this season with five assists and three goals in his 12 appearances.

Meanwhile, one young star who has gone unnoticed on the south coast is the England Under-21 captain James Ward-Prowse.

The 22-year-old has 143 senior appearances to his name and had he joined a bigger club at a younger age it is probable that he wouldn’t have earned the vital experience he already has.

Now back to McQueen, the Saints showed faith in him by handing him a four-year contract until 2018 at the age of 17.

It is well known that Liverpool have problems in the left-back position, but given that he’s only just transitioned to the role he should fulfil his contract and would be wiser to extend it further.

In other Liverpool transfer news, the Reds are facing a battle with Tottenham for this young starlet.