Paul Robinson has tipped Anthony Gordon to leave Everton on loan in January as part of a reshuffle at Goodison Park.

The former England number one, speaking exclusively to Football Insider correspondent Dylan Childs, expects movement “in and out” of the club after a poor run of form over the past month.

Gordon, 19, burst onto the scene last season and made 11 Premier League appearances, including a start in the Merseyside derby. 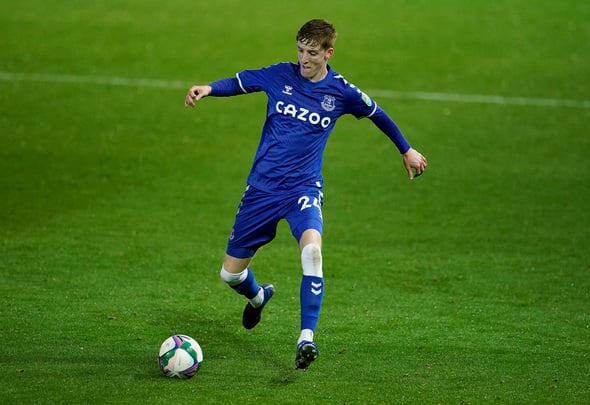 However, this season the midfielder has just 32 minutes of league action to his name despite Carlo Ancelotti’s side suffering a number on injuries and only winning one of their last seven matches.

Robinson claimed Everton’s lack of squad depth has been exposed in recent weeks and needs to be addressed in January.

“I think a loan move is potentially best for Gordon and club,” he told Football Insider.

“With the window coming up there is going to be interest.

“We are going to see Everton go into the market again next month.

“They have been poor these past few weeks and I think their squad depth has been really put to the test and exposed.

“Everton have a very strong starting eleven and they started the season well but a couple of injuries to their full-backs have seen them struggle. The starting eleven is fantastic but there is not that strength in depth.

“I do not think Gordon will be the only one leaving in January, I think there will be movement in and out of Goodison.

“Ancelotti will re-shuffle his pack. He needs to strengthen.”