The former Tottenham and Leeds midfielder, speaking exclusively to Football Insider assistant editor Russell Edge, believes the 48-year-old’s spell as caretaker boss was a “big turning point” for the striker. 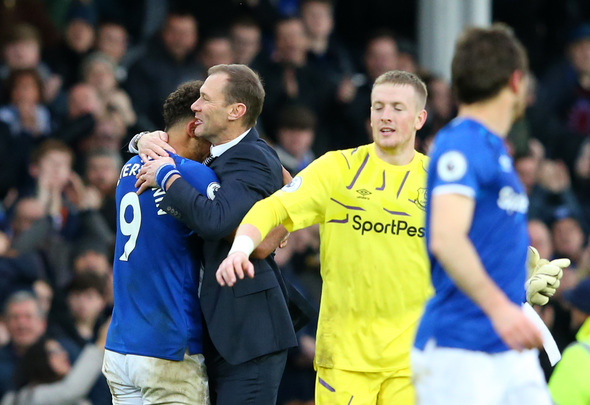 Calvert-Lewin started every game under the Scottish coach and scored twice in a 3-1 win over Chelsea.

The centre-forward has gone on to net 18 goals across all competitions, which includes 10 in seven games this season.

Brown believes that Ferguson’s time in the dugout helped Calvert-Lewin rediscover some confidence.

Brown told Football Insider: “I must say, when Duncan Ferguson was the boss he sort of stood up for him in times of difficulty, backed him and now that bit of confidence has certainly looked good.

“I think it was a big turning point. There was that uncertainty whether he played, whether he didn’t, what type of role – Duncan Ferguson just said this is where you are, you’re my man up front, give him that confidence by coming out and saying it. 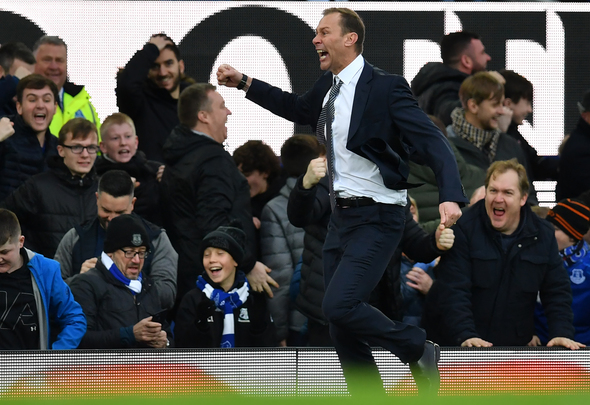 He also scored on his England debut against Wales earlier this month and has three caps under his belt for the Three Lions.

In other Everton news, a forgotten man has been tipped to make a shock comeback after major transfer twist.