Darren Bent has suggested that Liverpool should sign Brentford goalkeeper David Raya after Adrian’s woeful display in their 7-2 loss to Aston Villa on Sunday.

Speaking exclusively to Football Insider assistant editor Russell Edge, the former England and Tottenham forward said signing a goalkeeper is “an issue they need to address”.

Jurgen Klopp revealed after the game that first-choice keeper Allison will be out for six weeks with a shoulder injury. 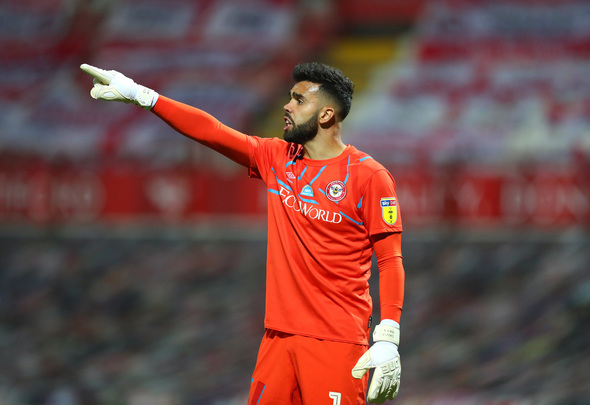 The club are now understood to be assessing their options after the door opened for them to sign Jack Butland from Stoke City, as revealed by Football Insider.

The Premier League champions have until the 16th of October to sign someone from the Championship and Bent has suggested the surprise name of Raya, 25, whose entire career has been spent in the lower leagues.

He told Football Insider: “For me, I think it is an issue that they need to address. But where can you find a backup goalkeeper now?

“We are talking about the Premier League champions so it shouldn’t be that hard but where do you get a goalkeeper that is going to be happy coming into the team to play for six weeks until Allison comes back and then you’re back on the bench.

“It has to be a concern because they have seen firsthand what happens when you don’t have an adequate backup goalkeeper.

“The only one who I can think of as a potentially good back up goalkeeper is David Raya, maybe him.

“At the highest level now you can’t just rely on your one goalkeeper.

“I think you need two very good goalkeepers now. They need to find one whose close to Allison, he’s never going to be as good as Allison.”

In other news, a top pundit has said Jurgen Klopp desperately needs a one-on-one with a Liverpool star who has gone downhill rapidly.