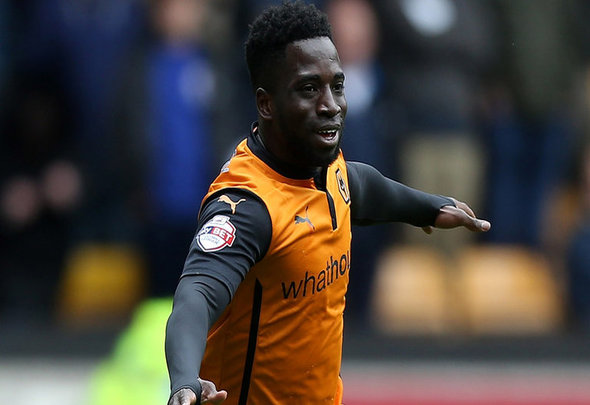 Leeds fans on Twitter have expressed their excitement after it was revealed that the club had joined the chase for proven Wolves goal scoring striker Nouha Dicko.

Football Insider exclusively revealed on Monday that the Championship giants who are in the market for a new forward to replace former star Chris Wood had identified the 25-year-old as a top target.

Second tier rivals Hull have already had a £3million bid rejected for Dicko, while QPR are also interested in the two-time Mali international.

However, cost hasn’t come into the mind of the Leeds fan base on social media with many now keen to see the club secure a deal for Dicko before Thursday’s transfer deadline.

One fan went as far as to state that it “would be a great signing” for the club, while other supporters gave their approval.

Nouha Dicko would be a great signing for Leeds, hope they can make the deal happen #lufc #mot

Well this one will be a good signing 😉👍

Dicko has already bagged twice in seven league and cup appearances for Wolves this season and is still contracted to the cash-rich Midlands side until 2020.

Wolves also have little squad options upfront with just Dicko and Leo Bonatini as their only two senior strikers in their team, meaning they are unlikely to allow the Malian, who has bagged 35 times in 108 outings in total for the club to leave easily.

In other Leeds transfer news, this proven striker has jetted into England to discuss a Whites move.