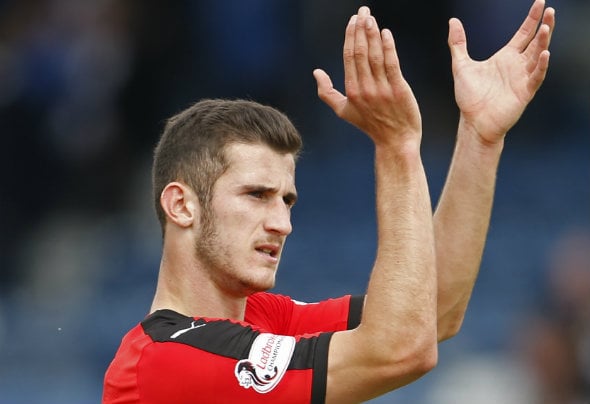 Rangers have entered talks to re-sign Tottenham’s impressive youngster Dominic Ball, according to a report.

Ball returned to Tottenham last month after a hugely successful season with Rangers, in which he helped them win promotion into the Scottish Premiership and lift the Petrofac Cup for the first time.

The 20-year-old was an integral part of the Gers side and has been dubbed the next Eric Dier after moving out of his centre-back position and into the Rangers midfield.

Mark Warburton is a massive fan of the player he previously worked with at Watford and the Daily Express claim that Rangers have opened talks with Spurs for the youngster.

Ball made 31 appearances for Rangers, but has yet to make his Spurs debut and is thought to be eager to compete at White Hart Lane next season.

Rangers are keen on a permanent deal, but are open to bringing Ball to the club on another season-long loan.

Warburton is hopeful he can convince the versatile defender that at least another year in Scotland would be the right option in terms of his development, with Ball virtually guaranteed first team action at Rangers.

A loan deal seems to expected to be the most probable outcome, with it unlikely that Ball could dislodge either his idol Dier from the defensive midfield role or dethrone the nailed on Tottenham centre-back pairing of Jan Vertonghen and Toby Alderweireld.

On top of that Tottenham already have a hugely competitive squad that includes back-up centre-back Kevin Wimmer.