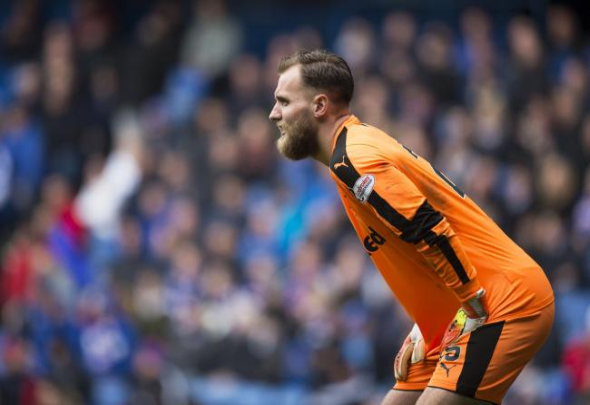 Goalkeeper Jak Alnwick is set to quit Rangers in the upcoming summer transfer window, according to a report.

The Express claims that Alnwick, 24, will leave Ibrox with Hull and Scotland goalkeeper Allan McGregor said to be close to agreeing a return.

Current number one Wes Foderingham has recently insisted that he will not be going anywhere in the summer despite reports claiming the contrary, and now it is understood that back-up shot-stopper Alnwick will instead be on his way out.

The report claims that Alnwick has become increasingly frustrated by his lack of action at Rangers, having made just seven appearances in all competitions since signing from Port Vale in January 2017.

The 24-year-old is expected to be start between the sticks against Celtic on Sunday unless Foderingham, 27, makes a recovery from an injury that saw him sidelined last week.

Mark Allen is not wasting any time ahead of the transfer window and with McGregor reportedly on his way to Ibrox, one of Alnwick or Foderingham had to go. It’s strange that Foderingham would want to stick around. A shot-stopper of his quality should not be having to play in the shadow of someone else, especially when at 27 he is in the prime of his career. The ex-Swindon man has claimed that he is staying in the summer, but it really wouldn’t be a surprise to see him get itchy feet and walk out to pursue a No 1 spot south of the border.

In other Rangers news, one of Steven Gerrard’s former Liverpool team-mates has dropped a hint that he could be on his way to Ibrox in the summer.