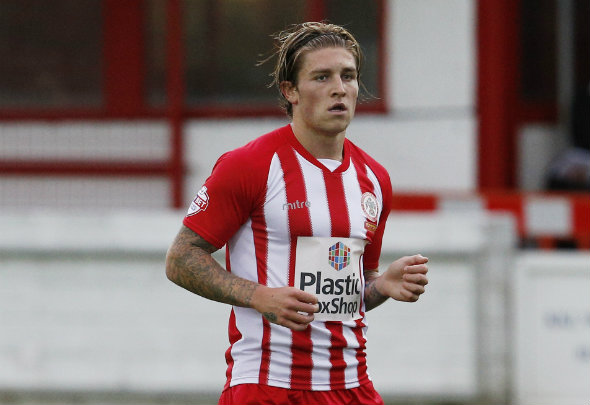 Rangers have struck a deal with Accrington for summer signings Josh Windass and Matt Crooks to train with their new club, it has been announced.

The Scottish giants agreed pre-contracts with the youthful pair in the January transfer window.

But Accrington owner Andy Holt banned his former players from Murray Park after the two clubs failed to agree a compensation figure for the duo.

Accrington revealed on their official Twitter account on Monday that there had been a breakthrough in negotiations, freeing Windass and Crooks to train with their new employers.

A compensation fee has been agreed with @RangersFC for @mdrcrooks & @WindassJnr – both are now free to train. Good luck to both lads

Holt lashed out at the Scottish club and said Accrington had written to Rangers informing them of their position while copying in the FA and SFA.

Windass then hit out at his former chairman Holt in an interview with the Sunday Mail, branding him “petty”.

Former Manchester United academy player Crooks is regarded as one of the most promising young players in the Football League on the back of a fine campaign for Stanley.

He was a mainstay of the League Two side in 2015-16, making 35 appearances and scoring a highly creditable eight goals from midfield.

Windass and Crooks are now free to join up with Mark Warburton’s side at the Auchenhowie HQ.

Each of the quintet has transferred from an English club, with headline signing Barton moving from newly-promoted Burnley, while Rossiter has signed from Liverpool.

In other Rangers news, the Ibrox giants have been given a boost as a Championship club respond to their move for a former Everton striker.