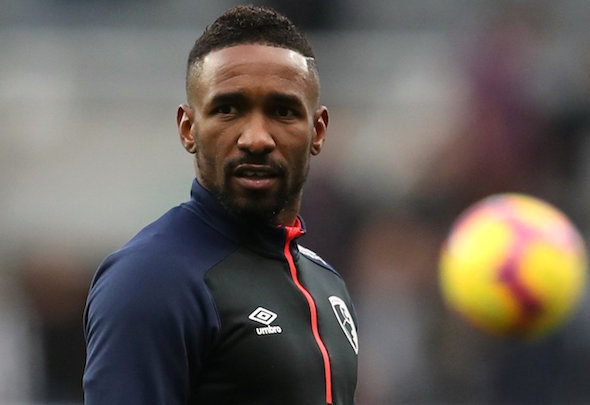 Bournemouth have no plans to recall Jermain Defoe from his 18-month loan at Rangers this summer, Football Insider understands.

The former England striker agreed a one-and-a-half year deal when he moved to Ibrox from the Premier League outfit in January but his parent club have the option to cut that short in either of the next two transfer windows.

A club source has told Football Insider that Bournemouth boss Eddie Howe currently has no intention of exercising the recall option in Defoe’s deal this summer.

Howe is happy with the striker options at the Vitality Stadium, with first choice pair Callum Wilson and Josh King each scoring 11 league goals this season.

The long-standing Cherries boss has high hopes for £19million January signing Dominic Solanke, who is yet to score since joining from Liverpool with a hamstring injury, as well as 23-year-old French forward Lys Mousset, who has been used as a sub in 20 league matches this season.

The source said Bournemouth negotiated the recall options in the event that Defoe hit a purple patch of goalscoring form, which would have provided the possibility of bringing him back and selling him to another club, or loaning him out elsewhere to a side willing to pay a greater portion of his wages.

Defoe scored his sixth goal for Steven Gerrard’s side in their 3-0 win over Hearts at Ibrox on Wednesday night but has started just six games out of 16 since arriving in Glasgow.

Gerrard said in midweek he wants the 36-year-old to remain next season, and the player has insisted he wants to return to Ibrox in the summer and play the full campaign.

In other Rangers transfer news, it can be REVEALED the club are working on a deal to sign a player who has got Sir Alex Ferguson drooling.