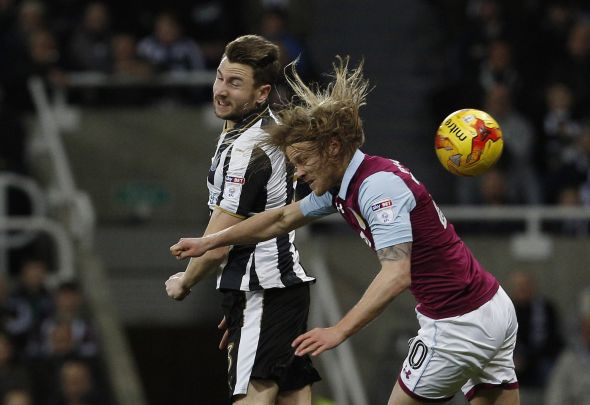 One of the biggest stories in football at the moment is the financial chaos that surrounds Aston Villa.

The Midlands club are in real trouble are losing the Championship play-off final, with Sky Sports News reporter Rob Dorsett claiming that the club may need to hold a fire sale of it’s players.

That should grab the attention of Rangers boss Steven Gerrard and director of football Mark Allen, who are after recruits for Gerrard’s Ibrox revolution.

One player in particular they should be considering a swoop for is Villa’s World Cup bound Icelandic midfielder, Birkir Bjarnason.

The midfielder was left out of the side for the Championship play-off defeat to Fulham, which was odd after he became a mainstay in the Villa side in the second-half of the season, playing 29 games overall.

He excelled as a defensive midfielder, which is a position which has often troubled the Gers in recent years. Ross McCrorie seems to have made one position in the midfield his own, but he has struggled with injury, as have most of the Gers midfield.

If the Gers are wanting to be competitive in every competition they take part in next season, they need as many experienced players as they can get.

Bjarnason fits the bill, and as an added bonus he could mentor McCrorie as a defensive midfielder. The Gers should look to do a deal with the Icelandic international as soon as his World Cup is over.

In other Rangers news, the Gers should swoop for this Arsenal teenager