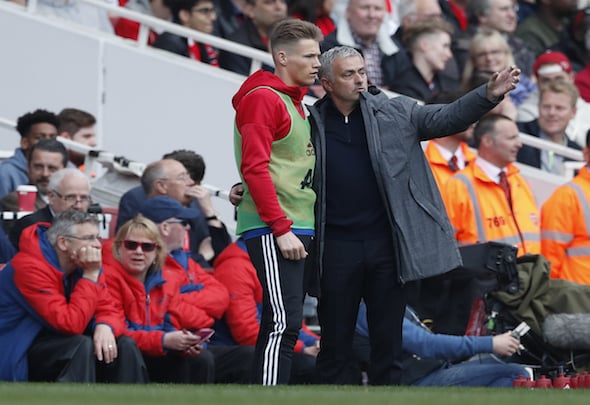 Rangers were reportedly interested in bringing Manchester United midfielder Scott McTominay to Ibrox in loan in the January transfer window and the Gers should revive their interest if United boss Jose Mourinho makes the midfielder available this summer.

According to a The Metro, Mourinho could be prepared to let the Scotland international leave Old Trafford on a temporary basis this summer if he lands his top transfer targets – and incoming manager Steven Gerrard should be trying to lure the 21-year-old to Ibrox.

With Liverpool legend Gerrard taking charge this summer as he takes his first steps in management, McTominay would be an ideal signing for the Light Blues for him to build on his 23 first team appearances in all competitions for United this term.

The Scot is believed to be a big favourite of the Old Trafford manager and was even given a specially-created ‘Manager’s Player of the Year’ award at United’s end of season awards bash.

After finishing second to rivals Man City in the Premier League, Mourinho will almost certainly go on a summer spending spree which could see McTominay fall down the pecking order for a start.

The midfielder showed consistently what he is capable of as he earned regular game-time after making the breakthrough earlier in the season but a raft of big-money signings could make life tougher for him to get regular action – in the short-term at least.