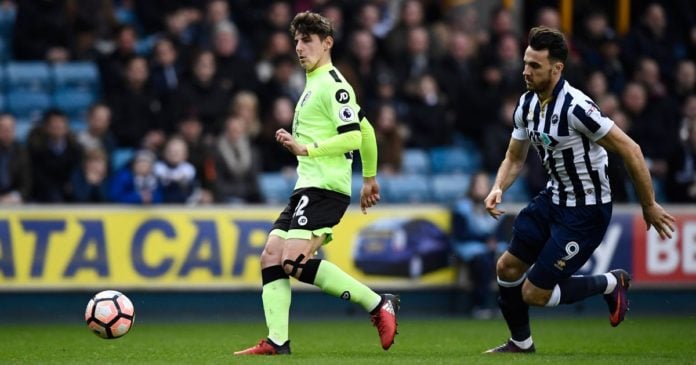 Rangers are expected to make their first January signing when they bring Emerson Hyndman in on loan following a medical at Ibrox, according to a report.

The Scottish Sun exclusively revealed on Sunday morning that Hyndman flew into Glasgow to undergo a medical and Mark Warburton is expected to agree a deal for a loan move until the end of the season.

The Bournemouth youngster is highly rated and he has already made an impression on a number of top coaches following his performances on the international stage as the USA Under-20s captain.

German coach and former Bayern Munich boss Felix Magath was full of praise for Hyndman and stated if Rangers seal the deal, they could land themselves the next Andrea Pirlo.

“I have never seen a player of his age play like he does – he passes like an old professional,” said Magath in the Scottish Sun.

“I’m sure he will be a good player. His role could be similar to the one that Andrea Pirlo plays, responsible for the forward play of the team from deep.”

Magath worked with Hyndman during a brief spell at Fulham in 2014 and he is not the only one to express his admiration as American coach Jurgen Klinsmann has also said he rates the youngster.

Hyndman has made just three appearances under Eddie Howe this season, all of which have come in the EFL Cup and FA Cup competitions following a pre-season campaign which was disrupted through injury.

He could join Jon Toral at Ibrox after it was revealed the Arsenal midfielder is set to be reunited with former boss Warburton as part of another loan agreement.

The youngster has a hugely promising career ahead of him and if Warburton can land both Hyndman and Toral it will be a very successful transfer window. Rangers are in need of midfield cover following the departure of Joey Barton and the long-term injuries to Jordan Rossiter and Niko Kranjcar. Hyndman is already well-experienced despite his age and he has plenty of qualities which would improve the Rangers team in the Scottish Premiership. Celtic wanted him in the summer and it would be a coup for Rangers if they can nip in and steal the player for the second half of the league campaign.

In other Rangers news, Paul Robinson claims this player will be a great signing.