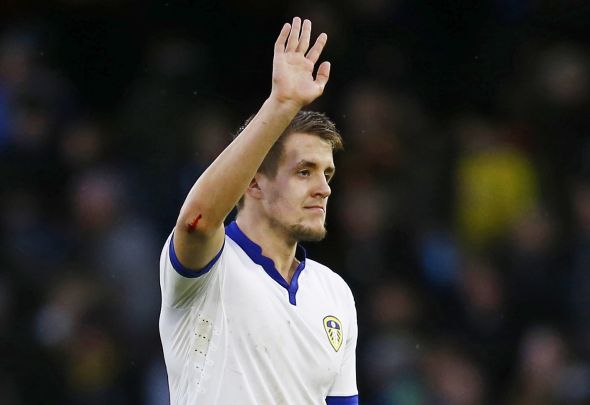 Defender Scott Wootton is set to join League One side Coventry City just over a month after leaving Leeds, according to reports.

The ex-Manchester United stopper was released by Leeds in June despite making 23 Championship appearances for the Whites last term.

The Coventry Telegraph have reported that the former Rotherham loanee is set to sign on at the Ricoh Arena, while Yorkshire Evening Post journalist Phil Hay also revealed the news via his Twitter account.

In the world of ex-#lufc, Scott Wootton is going to Coventry.

The former Liverpool trainee, who moved to rivals Manchester United just 16, made 74 appearances for Leeds after signing for £1million in 2013.

The former England under-17 international failed to establish himself as a regular at centre-back during his three years in Yorkshire, but filled in at right-back for Leeds as Sam Byram pushed on into a more advanced role before his move to West Ham.

Despite his three years at the club, Wootton failed to win a new contract at Elland Road, joining Mirco Antenucci on the non-retained list.

Manager Garry Monk has moved quickly to replace Wootton, bringing in seven new faces as he looks to revamp his inherited squad.

Monk has excited Leeds fans with the signings of internationals Rob Green and Pablo Hernandez, while Liam Bridcutt could be about to sign a permanent deal at Elland Road.

In other Leeds transfer news, a centre-back could be the answer to Leeds promotion chances.