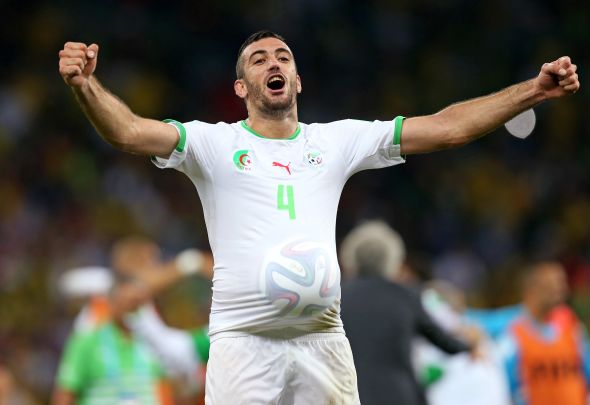 Leeds are facing a fight to sign Algeria international Essaid Belkalem, with interest coming from France and Turkey, according to a Yorkshire Evening Post journalist.

The 27-year-old is available on a free transfer after his contract with Premier League side Watford was terminated.

Yorkshire Evening Post journalist Lee Sobot revealed via his personal Twitter account that manager Garry Monk faces competition if he does go ahead with a move for the commanding defender.

Top flight sides in France and Turkey also said to be interested in former Watford defender Essaid Belkalem, who #lufc are linked with

Algerian outlet La Gazette du Funnec claimed that the Yorkshire giants have tried to sign the defender in the past, and could look to bring the African defender in as cover after he turned down a move to Romanian giants Dinamo Bucharest.

Leeds are in desperate need of a centre-back, after allowing captain Sol Bamba to leave Elland Road.

Despite making his professional debut eight years ago, Belkalem has made just 92 appearances in all competitions. He began his career with Algerian outfit JS Kabylie, and possesses Championship experience from his time with Watford where he made ten appearances.

He made his name for the national side during the 2014 World Cup, as Algeria reached the round of 16 for the first time in their footballing history. Belkalem played against South Korea, Russia and Germany.